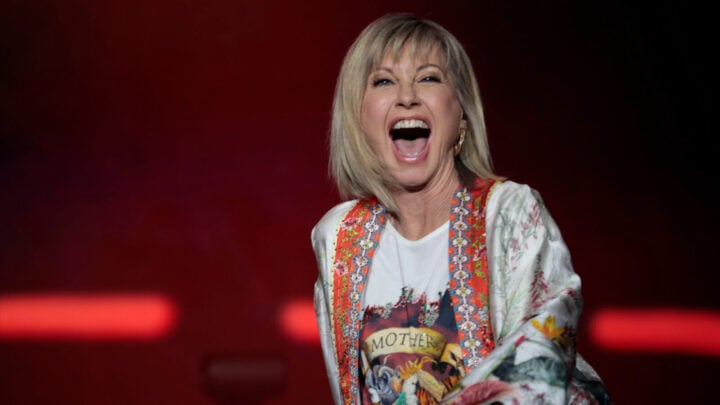 The iconic hit album, written by Newton-John and her producer at the time, John Farrar, rose to global fame, securing its reputation as one of the most successful albums of the 1980s. Source: Getty

Olivia Newton-John is back in the spotlight with the release of a collection of remastered vinyl editions of her 1981 best-selling hit album, Physical.

The surprise release comes as Newton-John celebrates 40 years since the original release of the album on October 13, 1981.

According to Broadway World, the highly-anticipated new editions will be released by Green Hill Productions in the US from May 27, 2022, with an official release in Australia set for the following month on June 24.

“The vinyl editions of Physical will include a standard black vinyl, three exclusive releases in varying colours,” says Broadway World, with purchase available from stores including Walmart, Target and Urban Outfitters.

Newton-John took to Instagram last week to promote the new album, revealing it was available for pre-order from Walmart.

Fans were quick to respond to the post, sharing their love and praise for the iconic actor/singer and her music.

“Still have all of your albums, know every lyric to every song…I even know all the moves to your videos,” wrote one fan.

“My first record purchase!!!” another commented.

“I still have the original vinyl plus Grease (of course!), Come on Over, Greatest Hits, Totally Hot plus a few more that I can see in my head but do not recall the album name. Recall several songs from them….Jackson, Please Mr. Please, Don’t Cry for Me Argentina. Your hits just go on & on. Talk about a SUPERSTAR & we LOVE YOU SO!!!!!!”

In an exclusive Broadway World interview with Newton-John, the famed singer and actress revealed she was proud of her incredible achievement and “thrilled” to be releasing a remastered edition in vinyl.

“It’s hard to believe that it has been 40 years since Physical was first released and I am thrilled that it’s getting this beautiful 40th anniversary remastered edition on vinyl – isn’t it wonderful that vinyl is popular again?” Newton-John said.

“I am so proud of this record as it not only allowed me to try new things musically, but it became such a part of pop-culture history and, with the success of the CD/DVD release in October 2021 (#4 on the Amazon charts!!) it was lovely to see how it was discovered by new generations, while at the same time providing my amazing fans with a collection they seem to love!”

The iconic hit album, written by Newton-John and her producer at the time, John Farrar, rose to global fame, securing its reputation as one of the most successful albums of the 1980s. The hit album peaked on the Billboard Hot 100 at the time for an impressive length of 10 weeks.

The album is regarded as one of Newton John’s most controversial albums, given its intimate lyrical focus around topics of love, sex and kinesthetics, amongst other themes. Despite the sexually evocative tone of the album which saw it banned and edited by a number of broadcast stations, Physical has since sold more than 10 million copies globally and has been described as one of Australia’s best-selling albums produced by a solo artist.