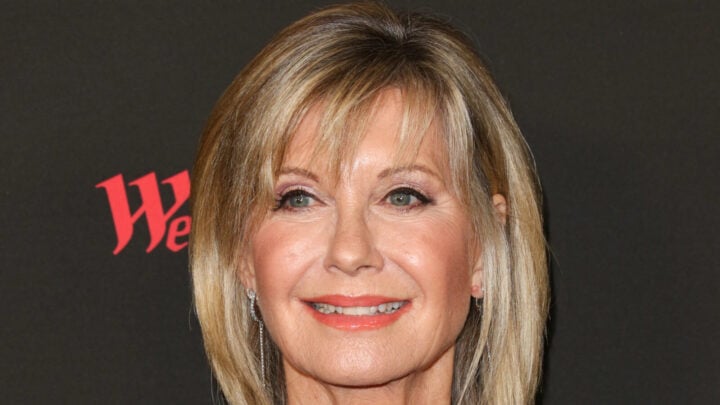 Olivia Newton-John opened up about her cancer battle and how she's feeling. Source: Getty

Olivia Newton-John is no stranger to health battles, having lived with cancer for some time now, but the Aussie actress said despite this, she’s feeling “really good” and is determined to help others facing their own challenges with the disease.

Speaking to The Mirror recently, the 72-year-old said the loss of three friends to cancer this year alone, including Kelly Preston, wife of John Travolta, has been incredibly hard, but it’s strengthened her resolve “to find a world beyond cancer”.

Remaining positive Olivia told the publication: “I feel really good. My walking is much better. I just have a little neuropathy thing on a couple of my toes that cause me a little discomfort, but I’m much more mobile than I was a year ago.”

However, she said like anyone, she does have moments where she is fearful and concerned about her future and what impact cancer will have on her life. Olivia explained she has to talk herself round and “believe strongly enough that it’s just temporary”.

“I’ve been dealing with this for a very long time, so I know how important the mind is in your journey,” she told The Mirror. “I really believe in that, in positive thinking, and reinforcing, talking to my body, and thanking it. It’s all up to that.”

Olivia’s words of positivity come months after the star paid tribute to friend John Travolta’s late wife Kelly Preston, who died in July this year aged just 57, revealing “she was a beautiful human”.

In an interview with ET Canada, the Australia actress, 72, who’s been battling stage four breast cancer since 2017, said: “John and Kelly chose to keep her illness secret and private and so I want to honour that and just say that they’re dear friends and she was a beautiful human.”

Olivia continued: “I’ve lost way too many friends to cancer and you know I’m on that journey myself so I’m really powerfully driven to find kinder answers for treatments for cancer, prevention and treatments.”

The actress also opened up about her ongoing friendship with her Grease co-star, saying: “[John]’s a dear friend and he always will be.

“We formed great bonds making that film as you can imagine and it’s always amazing to me that every… It’s 40 years now and every 10 years I thought… It’s going to fade away now but it just gets bigger and bigger and it seems to find a younger audience all the time it’s really quite amazing.”

Have you lost any loved ones to cancer?