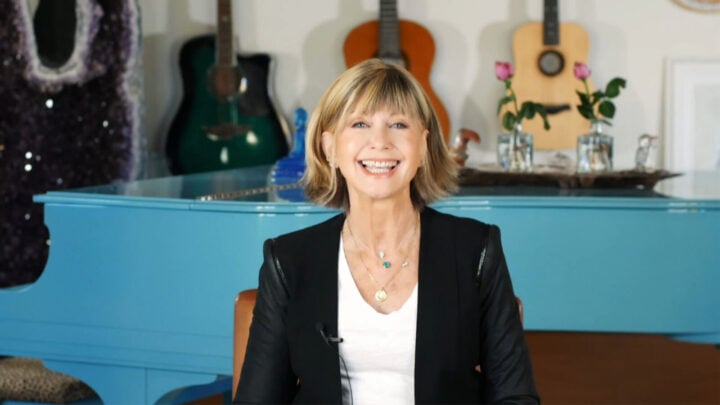 Olivia Newton-John has opened up on USA TODAY overnight about her ongoing health battle with cancer revealing cannabis use has been a huge part of her healing.

Newton-John was first diagnosed with cancer in 1992, overcoming the disease in 2013 only for cancer to metastasize in May 2017 and spread to her bones.

The Grease star, 73, spoke with Hoda Kotb on TODAY, providing a health update while discussing managing her pain with medical marijuana provided by her husband.

“I have my days, I have my pains, but the cannabis that my husband grows for me has been such a huge part of my healing, and so I’m a really lucky person.”

Olivia Newton-John, who has been living with stage 4 metastatic breast cancer, opened up about her health in a “Today” show interview, in which Hoda Kotb revealed that she, too, was diagnosed with breast cancer in 2007 before going into remission. https://t.co/acQg8WMF6o

The two bonded during the interview after Newton-John learnt of Kotb’s own battle with cancer 14 years ago, Newton-John offered her support asking the host, “so you’re well now you’re doing good?” and referring to the pair as “sisters”.

“I’m really sorry you went through that,” Newton-John said.

“We’re sisters. Anyone that has gone on this journey with cancer, it’s unknown destinations and surprises and turns.”

Newton-John also discussed her long-lasting 1981 hit Physical, which is celebrating its 40th anniversary and the risque nature of the song at the time.

“How is this possible that I’m still talking about a song that I recorded 40 years ago and people still like it?” she said.

“Today the lyrics are like a lullaby, don’t you reckon? But in those days …

“I remember listening to it and going, ‘That’s a really great song,’ and didn’t really tune in to what it was about. And then when I recorded it, I started to panic, and I called my manager and said, ‘I think I’ve gone too far with this song. It’s just too much.’ And he said, ‘Well, it’s too late love, it’s taken off everywhere.'”

Newton-John is well known for her support of medical cannabis revealing in a 60 Minutes interview in 2019 that she uses marijuana to aid her recovery.
“I’m incredibly pro-cannabis,” she said.

“If I don’t take the cannabis, I can feel the pain so I know it’s working.”

What are some of your well wishes for Olivia Newton-John as she battles cancer.