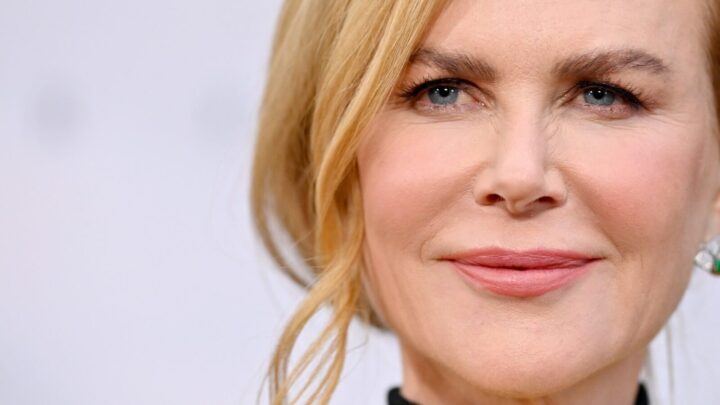 Nicole Kidman has officially made entertainment history and will be receiving long-lasting recognition for her artistic efforts.

On Tuesday, November 22, the American Film Institute (AFI) Board of Trustees announced that the next AFI Life Achievement Award would be given to Kidman to honour her decades-long career.

The 55-year-old actress will become the 49th person to receive the award, which is considered “the highest honour for a career in film”, she will also be the first ever Australian actor to earn the honour.

“Nicole Kidman has enchanted audiences for decades with the daring of her artistry and the glamour of a screen icon,” said Kathleen Kennedy, Chair of the AFI Board of Trustees.

“She is a force both brave in her choices and bold in each performance.” She added. “AFI is honoured to present her with the 49th AFI Life Achievement Award.”

In her career which has spanned four decades, Kidman has earned numerous accolades. The Being The Ricardos star is a five-time Academy Award nominee, a Best Actress Oscar winner for her role in the 2003 film The Hours, a BAFTA Award winner, has two Emmy’s and boasts six Golden Globes.

She has also impressed many with her performances in the hit TV series Big Little Lies and Nine Perfect Strangers, on top of the 90 acting credits to her name.

Outside of her work in film, as a celebrity Kidman keeps a relatively low profile but she is no stranger to breaking the internet with her racy and scandalous looks.

Earlier this year, the actress caused a stir on the internet after Vanity Fair released the cover of their 2022 Hollywood issue which featured Kidman in a skimpy outfit, with many alleging the publication had overly photoshopped her body.

Following the response to the cover shoot, Kidman later admitted to Vogue that it was her idea to wear the barely there outfit.

“I showed up and they had another outfit for me and I was like, ‘No, no, I like this one! Am I allowed to wear that?’,” she said.

“And [the stylist] Katie Grand, who’s just fantastic, was on Zoom, and Katie was like ‘You’re willing to wear that?!’ And I said, ‘Wear it?! I’m begging you to wear it!'”

Six months after the release of her Vanity Fair issue, the internet was once again losing its minds over another one of Kidman’s photoshoots.

Kidman had left many people speechless after she shared images from her photoshoot with Perfect magazine flaunting some impressive biceps.

As of late, the actress hasn’t appeared in any more raunchy magazine shoots but she has a number of upcoming projects screening soon including three Amazone series Halland, Expats and Michigan, and  Lioness on Paramount+.