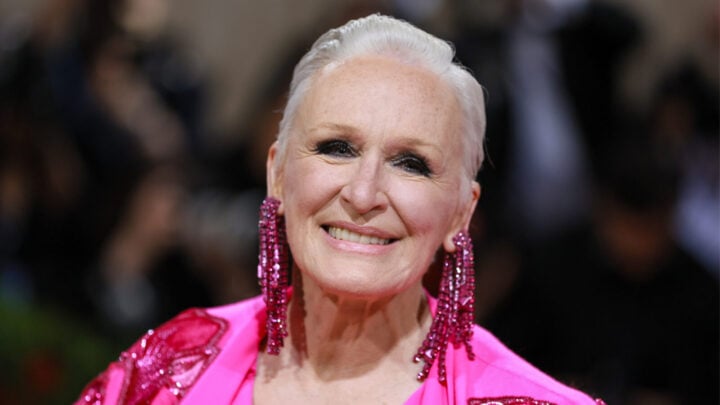 The actress attended the event alongside Valentino designer Pier Paolo Piccoli as the glamorous duo put on quite the adorable display. Source: Getty

Fatal Attraction actress Glenn Close, 75, has stunned fans at the 2022 Met Gala on Monday evening, May 2 which took place at the Metropolitan Museum of Art in New York City.

The actress certainly gave onlookers something to talk about as she stepped out in a vibrant hot-pink Valentino ensemble, sporting ankle length flare pants and a matching button-up blouse. Close paired the outfit with a statement pink cape-like robe embellished with stunning dark pink sequins in a floral pattern.

The actress attended the event alongside Valentino designer Pier Paolo Piccoli as the glamorous duo put on quite the adorable display. Close and Piccoli delighted fans as they were pictured holding hands and posing elegantly for the paparazzi.

This year’s dress code for the Met Gala was revealed as Gilded Glamour, a theme reportedly inspired by the Costume Institutes exhibition, In America: An Anthology of Fashion, according to Just Jared.

According to Vogue, “The 2022 Met Gala will ask its attendees to embody the grandeur—and perhaps the dichotomy—of Gilded Age New York”.

“The period, which stretched from 1870 to 1890 (Mark Twain is credited with coining the term in 1873), was one of unprecedented prosperity, cultural change, and industrialization, when both skyscrapers and fortunes seemingly arose overnight.”

Hundreds of celebrities have used this year’s Met Gala theme to showcase their own interpretations of Gilded Glamour, with many famed guests opting for bold and extreme white-tie looks.

In 2020, the Met Gala was cancelled amid the global pandemic and in 2021, the Gala was postponed from May to September due to ongoing Covid-19 restrictions.