The 5 most commonly asked questions about The Brady Bunch 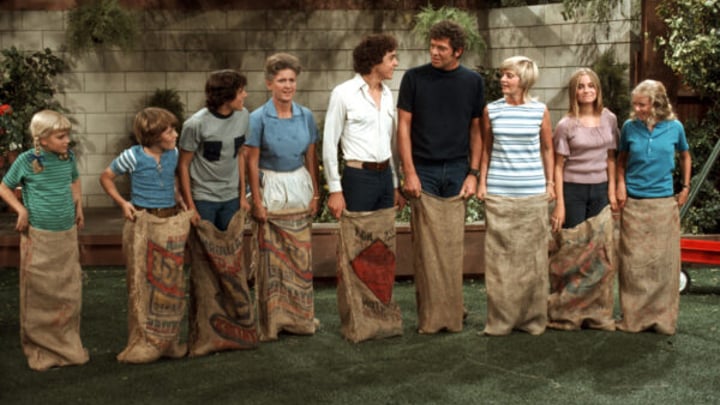 It’s been 52 years this week since the US television debut of that story, about a lovely lady bringing up three very lovely girls, who met a man named Brady who was busy with three boys of his own.

But while the phrase “Marcia, Marcia, Marcia” remains firmly entrenched in the Australian vernacular, questions remain about the fate of the beloved Brady Bunch who graced our screens for five seasons between 1969 and 1974.

Who can forget cute Cindy with her golden curls, the mischievous Bobby Brady, or the quirky housemaid Alice who ran a tight ship all peppered with her trademark humour around the Brady household?

Proving this situational comedy – one of the first to tackle the concept of blended families – still holds its own more than 50 years later, the internet remains awash with questions about this friendly family of television.

1. Which Brady Bunch members are dead?

One of the most common questions surrounds which Brady Bunch cast members are still alive and where are The Brady Bunch now?

According to Showbiz CheatSheet, family patriarch Mike Brady, played by Robert Reed passed away in 1992; matriarch Carol Brady, played by Florence Henderson, died in November 2016; and the much-loved Alice Nelson, played by Ann B. Davis, passed in 2014.

2. Was there a romance between Marcia and Greg?

Looking for some juicy gossip? It seems so are those on the internet, who are enamoured with the true tale of eldest daughter Marcia Brady (played by Maureen McCormick) and her real-life romance with eldest son Greg Brady (played by Barry Williams), according to CBS News.

3. Why did The Brady Bunch end?

Unsurprisingly, given its popularity, many fans simply wish to know why the successful show was cancelled. Showbiz CheatSheet reports contrary to popular belief that the storyline had simply dried up, in reality, it came down to cold, hard cash.

Television producer Sherwood Schwartz, who was also the brainchild behind Gilligan’s Island, said: “At the end of five years … that’s all our initial contract called for. You then have to renegotiate with everybody. With Ann B., with Florence Henderson, with all the kids and it’s a big problem. It’s a lot of money difference.”

4. Did The Brady Bunch enjoy harmony in real life?

Somewhat controversially, another popular query about this television family is whether the cast actually liked each other. It appears all that glitters, was not gold.

News entertainment site Outsider reveals there may be some truth behind a rift between the characters who played Marcia and Jan – who famously didn’t get along on screen either.

However, the crew did gather not so long ago for Christmas special.

5. Which Brady sibling had the most successful career?

Want to know which Brady child made the most money during their career? So does everyone else. Curiously, it was the middle boy Peter Brady (Christopher Night) who went on to earn millions. According to an article in Outsider, Christopher Night is worth nearly AU$14 million.

Who was your favourite Brady and why?