New Centrelink thresholds released: How your pension will be affected 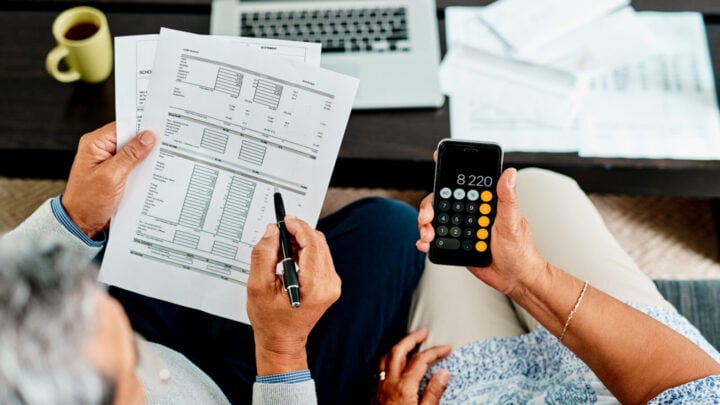 The last cog has been inserted into the 2021 retirement gear-box, allowing seniors to map out retirement strategies for the year ahead. The annual indexation of Centrelink thresholds has been released, and allows you to accurately work out how much Age Pension you might lose from the full rate, under the means testing system.

The indexation of Centrelink thresholds joins other changes to apply from July 1, including a lift in the amount you can contribute to superannuation and the amount that can be transferred into a tax-free retirement income stream.

Under the means test system, Centrelink applies a test on your assets and income. Whichever test produces the lowest pension is the one they latch onto. For that reason, you could pass on one test and fail on another, meaning you receive no pension.

The full rate of Age Pension for singles is presently $952.70 per fortnight and for couples, $718.10 each, or a combined $1,426.20 per fortnight. The “each” rate applies if only one member of a couple is eligible; this is usually because of an age difference where only one person is over 66 years of age. (Incidentally, age pension eligibility age rises to 66.5 from July 1, too.)

If you are already receiving these amounts, the increase in means thresholds won’t help. You are getting the maximum payment rate already.

From July 1, the asset test threshold for a single home-owning pensioner rises to $270,500, up from the current level of $268,000. Because each $1,000 of assets over the threshold clips your pension by $3 a fortnight, this change alone (assuming your assets are unchanged) will mean a pay rise of $7.50 per fortnight. It’s not going to buy you a bottle of Grange, but hey, at least it’s a cappuccino and half a scotch-finger biscuit!

For couples, the asset test threshold rises by $3,500, to the new level of $405,000. Below this level, you’ll get the full pension, and above this threshold, each $1,000 clips the pension by $3 a fortnight. That means a pensioner couple who are currently receiving an asset tested pension will get an increase of $10.50 a fortnight. You might both be able to afford a coffee, but that won’t cover the cost of the biscuit too!

Remember that your primary dwelling is 100 per cent exempt from the asset test — no matter how much it’s worth. That’s providing it sits on a block less than 2 hectares (5 acres). It’s also why your mate living in a $3 million apartment on the Gold Coast or Sydney’s North Shore is still getting a full age pension.

These asset test figures are particularly important for those on Jobseeker payments (the new name for the Newstart allowance). The same threshold applies, but unlike a gentle tapering of your Jobseeker fortnightly payment, one dollar over the asset test threshold and it’s cancelled altogether. Ouch!

Of the two tests, the income test is the less challenging to deal with, but the more complicated to understand. The income-free area for a pensioner single rises from $178 a fortnight to a nice even $180 a fortnight and, for couples, a combined $320, up from $316.

Remember that Centrelink views couples as a single entity for most means testing purposes. Who owns what and who earns what doesn’t matter when calculating entitlements for pensioner couples.

Here’s an explanation on how Centrelink calculates assessable income for the income means-test calculation:

Most significantly, there are almost no similarities to the way the tax office calculates income. Income from employment counts, but for pensioners, the first $300 a fortnight per person is ignored.

That means, if you are a single and simply earned $480 a fortnight from a part-time job, none of that income would affect your Centrelink pension. In fact, if you don’t use your $300 a fortnight, it builds up each fortnight to a maximum of $7,800 over a year. You could get a job at Christmas, get paid $2,000 for the month and that would simply come off the $7,800 working bonus credit. You would continue to receive the same rate of pension.

Income from rental properties, less all associated expenses, counts in the same way as the tax office calculates income. And from there it gets really confusing but interesting!

This grand total is deemed to be earning a certain rate of interest per year, split up into two sections. Those interest rates are set by the Minister for Human Services and were slashed last year, courtesy of Covid-19.

Now, Lizzy being single, has an income-free area of $180 a fortnight, so the $131.85 is way under that limit. Were her income to exceed this limit, her pension would be clipped by 50 cents per fortnight for each dollar over.

Lizzy was recently widowed and her home (which she naturally regards as a palace) is conservatively valued at $50 million. Because it sits on less than 2 hectares and is her primary dwelling, it is completely exempt from Centrelink means testing.

For more on the basics of the Age Pension, click here. For more from finance expert Nick Bruining, click here.

How do you feel about the new figures?