‘Beginners guide’ to the Age Pension in Australia 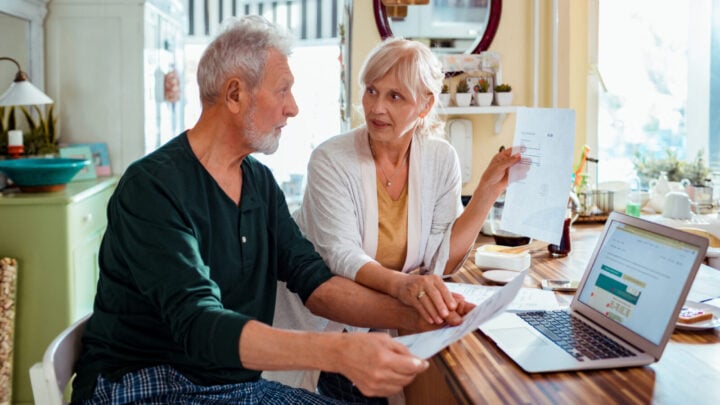 Last year alone, more than 40,000 claims for Age Pension were rejected. Why? Reasons range from having too much income (fair enough) to forgetting to fill in part of the claim form. Source: Getty

If you’re getting the Age Pension, or hope to when you retire, you can thank the Royal Commission. No, not the recent inquiry into crooked bankers, I’m talking about the 1905 Royal Commission into aged pensions. Until then, older Australians had to rely on charity or the church to survive.

Then, in 1909, the Commonwealth Government approved payment of a pension to men aged 65 or over. Not all men, though  – Aborigines, Asiatics and those ‘not of good character’ were excluded. It wasn’t a major expense for the government of the day, because most Australians died before reaching that age. Only 4 per cent of the population were over 65. A year later, women were brought into the fold, being eligible for a pension on reaching age 60.

For nearly a century, men qualified for the Age Pension on turning 65, and women at age 60.

In recent decades, the age for women to qualify for the pension has been gradually raised to 65.

And 65 isn’t old, anyway. Presumably that’s what cigar-chomping former treasurer Joe Hockey thought when he tried to lift the pension age to 70.

Hockey’s proposal? That’s in the bin, where it belongs. Turns out not that many people think older Australians should be forced to work until they’re 70.

The rules are simple (in theory, at least).

To qualify for the Age Pension, you need to have reached pension age, be an Australian resident (that is, living here on a permanent basis) and be in Australia the day the claim is lodged.

You’ll also need to have been a resident for at least 10 years, with at least five of those years in one single stretch.

In some cases, that 10-year residence requirement doesn’t apply. There are different rules for refugees and former refugees, some widows, and people who’ve lived and worked in a country that has a social security agreement with Australia.

If you’ve travelled for lengthy periods or lived overseas, you’ll need to provide details of where you’ve lived, and for how long. If you’ve lived overseas recently, then expect a grilling from Centrelink. They’ll be looking to make sure you’re a genuine Australian resident, and haven’t just flown back to pick up the pension (although that’s unlikely with Covid restrictions). You can read more about the traps of retiring overseas here.

Finally, you’ll need to pass a couple of tests.

No, it doesn’t imply that the government’s being mean to older people (although it sometimes seems that way). Means testing – by way of the Income Test and the Assets Test – is aimed at ensuring financial support is directed to those most in need.

In my next article, I’ll go through the nuts and bolts of the Income and Assets Tests, and explain some of the traps and loopholes.

We all make mistakes, and the staff at Centrelink are no exception.

Last year alone, more than 40,000 claims for Age Pension were rejected. Why? Reasons range from having too much income (fair enough) to forgetting to fill in part of the claim form.

So if you’re not happy with a decision, it doesn’t mean you have to cop it. If a mistake has been made, it’s likely you’ll get a good outcome.

Your first port of call is to ask for a review and explanation of the decision. You’ll need to be patient, because that alone can take more than two months.

If you’re not happy with the outcome of that review, you can ask for the matter to be referred to an Authorised Review Officer, a senior person who will take an unbiased look at your case.

If that fails, you can then take the matter to the Administrative Appeals Tribunal (AAT). Yes, there’s a bit of paperwork involved, but more than 25 per cent of cases taken to the AAT are overturned.

Will the pension even be there for me?

It’s a common question, so let’s look at some facts.

The Age Pension is one of the so-called ‘Three Pillars’ of Australia’s retirement income system, the other two being superannuation and private savings.

There’s no suggestion by any political party that the Age Pension will be scrapped. Even with super balances rising, the government predicts about 60 per cent of retirees will still rely on the pension in 25 years.

What if the government needs to cut costs? Australia’s total social security bill is more than $200 billion each year, more than one third of government spending.

Of that $200 billion, the Age Pension costs less than $50 billion – the rest goes to payments such as JobSeeker, family assistance and childcare support.

I’m guessing that if it came to the (financial) crunch, there will be cuts to other programs before the Age Pension. After all, more than 2.5 million Aussies get the Age Pension. And that’s a powerful voting force.

Stay tuned for Tom Ellison’s next article on the Age Pension Income and Assets Tests.