From Princess Mary to Catherine: The best royal looks of 2022 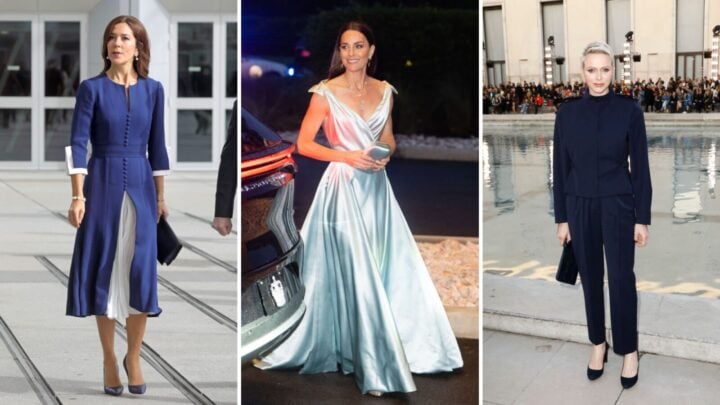 When it comes to style, few people do it better than members of royalty and Europe is home to some of the most stylish princesses, duchesses and countesses that the world has to offer.

From glittering ball gowns, military regalia and diamonds galore to off-duty chic and more casual attire, they rarely put a foot wrong when it comes to absolutely nailing the most appropriate look for a range of occasions – of course, we’re aware they do have some help.

So, as 2022 draws to a close Starts at 60 took a look back through the archives and pulled together some of the best royal looks of the past 12 months.

It’s been almost 10 years since the British royal family announced the engagement of Catherine and Prince William, and in the years since, the newly named Princess of Wales has really come into her own in the style stakes.

From incredible ball gowns to activewear, there really is no look that Catherine cannot successfully pull off – but, if you ask us, we think she really shines when she slips into a stunning floor-length gown. It was hard to pick a winner as Catherine has donned some dazzlers this past year, but we think the dress by Roland Mouret that she wore to the premiere of Top Gun: Maverick is this year’s winner.

The Princess absolutely dazzled onlookers in her figure-hugging black and white off-the-shoulder dress, showing off her incredibly toned body and stunning curves.

When you’ve got Hollywood fashion icon Grace Kelly in your family lineage, your family no doubt has a stellar reputation for style. But the late Princess Grace isn’t the only princess of Monaco who has proven to be quite the royal fashion influencer. Her daughter-in-law, Princess Charlene, has wowed the fashion world with her chic and edgy looks, and her bespoke Terrence Bray, baby blue jumpsuit proves it.

Princess Charlene channelled her inner Cinderella when she attended the Monaco Formula One Grand Prix in May. The 44-year-old mother of two was the image of regal glamour as she attended the sporting event. The custom-made jumpsuit showed off her feminine silhouette and boasted gorgeous bishop sleeves, a figure-hugging bodice, and classy wide-leg trousers.

While the British royals are renowned for their poise and style, they have some stiff competition from Australian-born Crown Princess Mary of Denmark. The Hobart native never gets it wrong when it comes to fashion and she has proven time and time again that she is all elegance and class, having stepped out in some incredible outfits over the course of the year.

However, her champagne and black lace floor-length gown was this year’s winner. Princess Mary was the bell of the ball during her mother-in-law, Queen Margrethe II’s 50th Jubilee celebrations in September.

The gown was designed by Jesper Høvring, who originally created the custom golden gown for Mary to wear back in 2017 for the New Year’s gala at Amalienborg Palace. Because Mary prefers to alter and repeat her gowns, the Princess had requested Høvring update the look by changing the neckline and adding the black lace overlay.

Another stylish British royal is Queen Consort Camilla, who has no doubt put a stamp on her royal fashion. From her elaborate headwear to lockout outfits, Camilla has had her fair share of dazzling ensembles this year! But we think her cool, calm, and collected all-white outfit look for the Royal Ascot was the best-served look this year.

Her white summer dress was designed by Anna Valentine and was paired with an elegant hat by Philip Treacy. The star of her outfit, however, was her eye-catching, diamond clasp, and four-strand pearl chocker.

Looking outside of European royals, we have Queen Rania of Jordan. When it comes to being on trend, Queen Rania is spot on.

Aside from being known for her tireless work in public health and education, Queen Rania has a top-tier levels of style. She’s completely mastered the art of serving monochromatic looks and bright pops of colours but also knows how to rock a neutral colour scheme. She’s also often seen wearing outfits that blend together contemporary and traditional styles, just like this elegant white jalabiya that she wore to celebrate Jordan’s 76th Independence Day.

Another of Europe’s most stylish female royals is Queen Letizia of Spain and the 50-year-old former journalist regularly gives the likes of Catherine and Mary a run for their money in equally fabulous ensembles.

One of her best looks from the past year was her scarlet red sleeveless cape gown from Stella McCartney that she wore for a banquet during her royal tour of Germany with her Husband, King Felipe, in October.

Just like Princess Mary and Princess Catherine, Queen Letizia is fond of outfit repeating. This gorgeous gown in particular originally made its debut back in 2017 when the Spanish royal couple attended the 50th birthday of King Willem-Alexander of the Netherlands. Just because she’s worn it in 2017 doesn’t mean Letizia doesn’t look any less stunning in it in 2022.

Who do you think has the best sense of style? Which outfit do you like the best?