Daily Joke: A teacher asked her class what they knew about whales 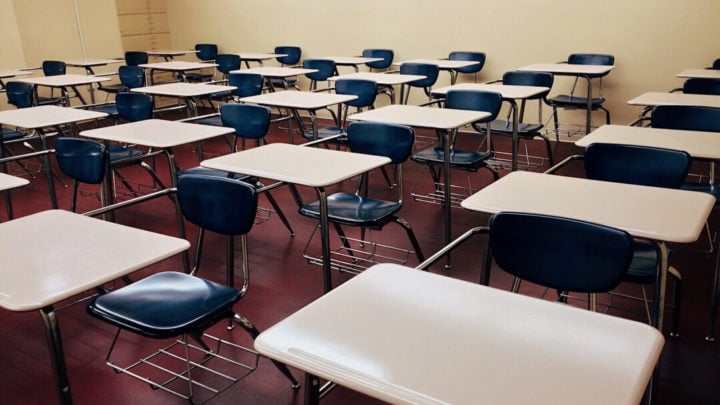 The teacher was getting impatient, and reiterated that this was physically unlikely. Source: Pexels.

A teacher asked her class what they knew about whales. One little girl spoke up and said that Jonah was swallowed by a whale. The teacher smiled and said she didn’t think that was very likely because, even though whales can be big, their throats are not big enough to swallow a man.

But the little girl was adamant and maintained that Jonah was swallowed by a whale. The teacher became impatient and reiterated that this was physically unlikely.

But the girl was unmoved, and said that when she got to heaven, she would ask Jonah.

“But what if Jonah went to hell?” the teacher asked.

The girl replied: “Then you ask him.”

Daily Joke: One of the entertainers on a cruise ship was a magician

One of the entertainers on a cruise ship was a magician. Since the passengers were different each week, the magician always had a new audience so he always did the same tricks.

The captain’s parrot, however, was stationed in the performance hall and observed the magicians tricks week after week. Being a wise old bird, he eventually figured out all the magician’s secrets.

Then, irritatingly, he started heckling during the show. “Hey, why is every card the same? It’s in his cape pocket! It’s a different rabbit!”

The magician was fuming, but it was the captain’s parrot so he couldn’t really do anything.

One terrible day, however, the ship had a boiler explosion and sank. The magician wound up on a small raft in the middle of the Atlantic with, as luck would have it, the captain’s parrot.

They glared at each other with visible hatred but didn’t say a word. This went on for several days.

Finally on the tenth day, the parrot couldn’t take it any longer. Exasperated, he said: “Okay, I give up. Where’s the ship?”

Daily Joke: A man is cruising home early one evening

A man is cruising home early one evening in his very hot new car. He’s feeling the power of the big engine and doing 20 kilometres over the limit.

Suddenly he sees lights flashing in his rear view mirror. He knows his car is fast, and thinks there’s no way the police car can catch him if he steps on it. So he guns it and the race is on.

The cars are blasting down the road, faster and faster, but the police car is keeping up, even gaining ground. Finally, as he hits 120km per hour, the guy figures: “Damn, maybe I can’t shake him,” and gives up. He pulls over to the curb.

The police officer gets out of his cruiser and approaches the car. He leans down and says: “Listen mister, I’ve had a really lousy day and you just made it worse with that stunt. You better have a hell of an excuse for what you just did.”

The man thinks for a moment and says, “Well, sir, last month my wife ran away and left me for a cop. When I saw your lights flashing in my mirror, I thought it was him chasing me down to give her back.”