Daily Joke: A man received a parrot as a gift 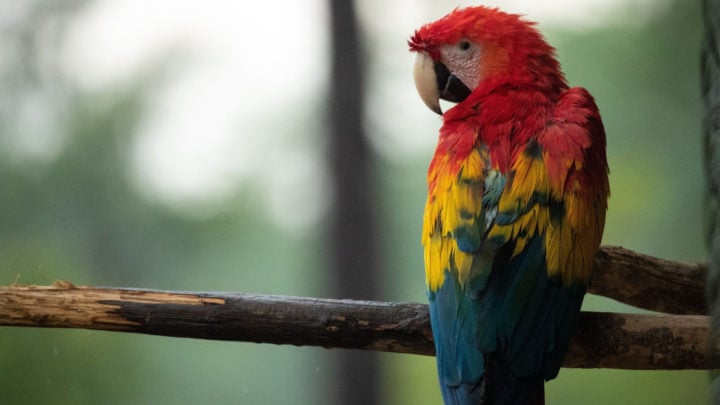 Fearing that he'd hurt the parrot, the man quickly opened the door to the freezer. Source: Pexels.

A man received a parrot as a gift, but the bird had a bad attitude and an even worse vocabulary. Every word out of the bird’s mouth was rude, obnoxious and laced with profanity.
The man tried to change the bird’s attitude by consistently saying only polite words, playing soft music and anything else he could think of to clean up the bird’s vocabulary. Finally, he was fed up yelled at the parrot. The parrot yelled back.

He shook the parrot and the parrot got angrier and even ruder. So, in desperation, the man threw up his hands, grabbed the bird and put him in the freezer. For a few minutes the parrot squawked and kicked and screamed.

Then suddenly there was total quiet. Not a peep was heard for over a minute. Fearing that he’d hurt the parrot, the man quickly opened the door to the freezer.

The parrot calmly stepped out onto his outstretched arms and said: “I believe I may have offended you with my rude language and actions. I’m sincerely remorseful for my inappropriate transgressions and I fully intend to do everything I can to correct my rude and unforgivable behaviour.”

The man was stunned at the change in the bird’s attitude and just as he was about to ask the parrot what had made such a dramatic change in his behaviour, the bird continued: “May I ask what the turkey did?”

Donna’s husband Mike died suddenly one day. Donna was taking care of the funeral arrangements with the undertaker when she was asked how she wanted Mike’s obituary to read.

Donna asked the undertaker: “How much does an obituary cost?”

The undertaker replied: “$1 per word.”

Donna then said: “I want the obituary to read – MIKE IS DEAD.”

Donna paused for a moment before replying: “Fine. I want it to read – MIKE IS DEAD, BOAT FOR SALE.”

Daily Joke: A little boy was playing up as usual

One day a little boy was playing up as usual. His mother took a $5 note out of her purse and offered it to him to calm him down.

As the child took the note, the mother whispered under her breath: “Why do I always have to pay you to be good? Why can’t you be good for nothing like your dad?”