Daily Joke: A man lay across three seats in a theatre 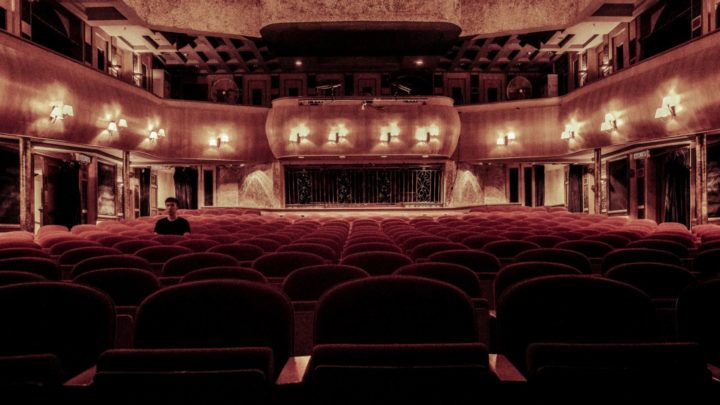 "Sorry, sir, but you're only allowed one seat." Source: Pexels.

A man lay sprawled across three entire seats in a theatre. When the usher came by and noticed this, he whispered to the man: “Sorry, sir, but you’re only allowed one seat.” The man groaned but didn’t budge. The usher became impatient.

“Sir,” the usher said. “If you don’t get up from there I’m going to have to call the manager.”

Again, the man just groaned, which infuriated the usher who turned and marched briskly back up the aisle in search of his manager. A few moments later, both the usher and the manager returned and stood over the man. Together the two of them tried repeatedly to move him, but with no success. Finally, they summoned the police.

The cop surveyed the situation briefly then asked: “All right buddy, what’s your name?”

And with pain in his voice, Sam replied: “The balcony.”

Daily Joke: A man enters a barbershop for a shave

A man enters a barbershop for a shave. While the barber is foaming him up, he mentions the problems he has getting a close shave around the cheeks.

“I have just the thing,” says the barber taking a small wooden ball from a nearby drawer. “Just place this between your cheek and gum.”

The client places the ball in his mouth and the barber proceeds with the closest shave the man has ever experienced. After a few strokes, the client asks in garbled speech: “And what if I swallow it?”

“No problem,” says the barber. “Just bring it back tomorrow like everyone else does.”

Daily Joke: A brother entered the Monastery of Silence

Brother John entered the Monastery of Silence and the Chief Priest said: “Brother, this is a silent monastery, you are welcome here as long as you like, but you may not speak until I direct you to do so.”

Brother John lived in the monastery for a full year before the Chief Priest said to him: “Brother John, you have been here a year now, you may speak two words.”

“I’m sorry to hear that,” the Chief Priest said. “We will get you a better bed.”

The next year, Brother John was called by the Chief Priest. “You may say another two words Brother John.”

“Cold Food,” said Brother John, and the Chief Priest assured him that the food would be better in future.

On his third anniversary at the monastery, the Chief Priest again called Brother John into his office. “Two words you may say today.”

“It is probably best,” said the Chief Priest. “All you have done since you got here is complain.”