Daily Joke: A husband sent his wife to the hardware shop 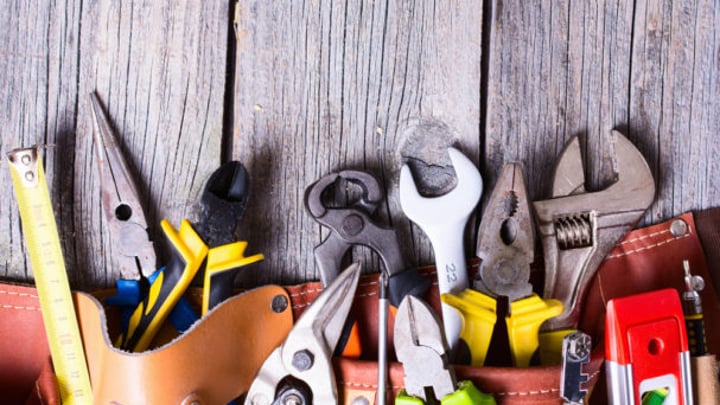 Then she proceeded to describe the hinge that Harlow had sent her to buy, and Carl went to the back room to find it. Source: Shutterstock.

Harlow was fixing a door and he found that he needed a new hinge, so he sent his wife Mary to the hardware store. At the hardware store, Mary saw a beautiful teapot on a top shelf while she was waiting for Carl, the manager, to finish serving another customer.

When Carl was finished, Mary asked how much for the teapot.

“My goodness, that sure is a lot of money!” Mary exclaimed. Then she proceeded to describe the hinge that Harlow had sent her to buy, and Carl went to the back room to find it.

From the back room, Carl yelled: “Mary, you wanna screw for that hinge?”

Mary replied: “No, but I will for the teapot.”

Daily Joke: A couple hear a knock at their door

A man is in bed with his wife when there is a knock on the door. He rolls over and looks at his clock, and it’s half past three in the morning. “I’m not getting out of bed at this time,” he thinks, and rolls over. Then, a louder knock follows.

“Aren’t you going to answer that?” says his wife. So he drags himself out of bed and goes downstairs. He opens the door and there is man standing at the door. It didn’t take the homeowner long to realise the man was drunk.

“Hi there,” slurs the stranger. “Can you give me a push?”

“No, get lost. It’s half past three. I was in bed,” says the man and slams the door.

He goes back up to bed and tells his wife what happened and she says: “Dave, that wasn’t very nice of you. Remember that night we broke down in the pouring rain on the way to pick the kids up from the baby sitter and you had to knock on that man’s house to get us started again? What would have happened if he’d told us to get lost?”

“But the guy was drunk,” says the husband.

“It doesn’t matter,” says the wife. “He needs our help and it would be the right thing to help him.” So the husband gets out of bed again, gets dressed and goes downstairs.

He opens the door, and not being able to see the stranger anywhere he shouts: “Hey, do you still want a push?”

And he hears a voice cry out: “Yeah, please.”

So, still being unable to see the stranger he shouts: “Where are you?”

And the stranger replies: “I’m over here, on your swing.”

Daily Joke: A famed English explorer was invited to the university

A famed English explorer was invited to the university to tell of his adventures in the African jungle.

“Can you imagine, a people so primitive that they love to eat the embryo of certain birds, and slices from the belly of certain animals? And grind up grass seed, make it into paste, burn it over a fire, then smear it with a greasy mess they extract from the mammary fluid of certain other animals?”

When the students looked startled by such barbarism, the explorer added softly: “What I’ve been describing, of course, is a breakfast of bacon and eggs and buttered toast.”