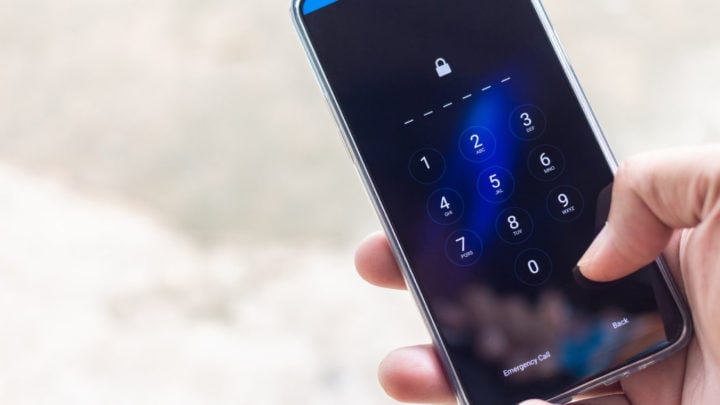 The old man hangs up his phone and turns to his wife. Source: Getty.

An elderly man calls his son who lives out of home and says: “I hate to ruin your day, but I have to tell you that your mother and I are getting a divorce, 45 years of misery is enough.”

“Pop, what are you talking about?” the son screams.

“We can’t stand the sight of each other any longer,” the old man says. “We’re sick of each other, and I’m sick of talking about this, so you call your sister and tell her.”

Frantic, the son calls his sister, who explodes on the phone. “Like heck they’re getting divorced,” she shouts, “I’ll take care of this.”

She calls her dad immediately, and says at the old man, “You are not getting divorced. Don’t do a single thing until I get there. I’m calling my brother back, and we’ll both be there tomorrow. Until then, don’t do a thing!”

The old man hangs up his phone and turns to his wife. “Okay,” he says. “They’re coming for your birthday and paying their own fares. Now what do we tell them for Christmas?”

Two men staggered into the pub, dragging their extremely drunk mate with them. When they reached the bar, they let him go and he collapsed in a drunken heap on the floor. “We’ll have two beers,” one of them slurred to the bartender.

“What about him?” asked the barkeep, pointing to the unconscious chap.

“No more for him – he’s driving,” his pal replied.

A man was walking down the street when he was accosted by a particularly dirty and shabby-looking homeless man who asked him for a couple of dollars for dinner.

The man took out his wallet, extracted ten dollars and asked: “If I give you this money, will you buy some beer with it instead of dinner?”

“No, I had to stop drinking years ago,” the homeless man replied.

“Will you use it to go fishing instead of buying food?” the man asked.

“No, I don’t waste time fishing,” the homeless man said. “I need to spend all my time trying to stay alive.”

“Will you spend this on greens fees at a golf course instead of food?” the man asked.

“Are you nuts!” replied the homeless man. “I haven’t played golf in 20 years!”

“Will you spend the money on a woman in the red light district instead of food?” the man asked.

“What disease would I get for ten lousy bucks?” exclaimed the homeless man.

“Well,” said the man, “I’m not going to give you the money. Instead, I’m going to take you home for a terrific dinner cooked by my wife.”

The homeless man was astounded. “Won’t your wife be furious with you for doing that? I know I’m dirty, and I probably smell pretty disgusting.”

The man replied: “That’s okay. It’s important for her to see what a man looks like after he has given up beer, fishing, golf and sex.”