Daily Joke: The widow, the swimsuit and the surfer 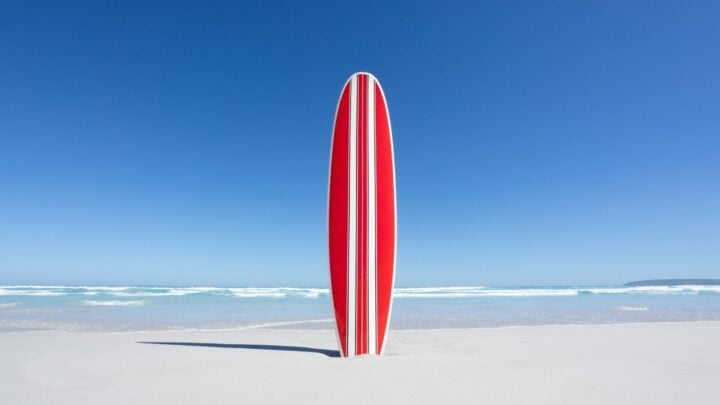 Mavis a retired widow, went to the beach wearing a bra and thong. Her husband had died a few years back and after years of mourning she decided it was time to get back in the game. She thought there was no better way than to go to the beach in a racy, sexy swimsuit to snag a man. In her youth, this plan never seemed to fail although in that time, they didn’t have thongs.

She had considered buying a less revealing swimsuit, something that was more in line with the swimsuits she wore in her youth. “Oh to hell with it, I better keep up with the times,” she said.

At the beach she felt as if all eyes were on her, every man and even women seemed to glare at her.

Oh how naughty she felt as the breeze kissed her bottom half, she felt practically naked and yet this type of attire was considered normal in this day and age. It felt so wrong, she thought. That string riding right up there and so little fabric to cover her naked skin.

At that moment a seed of doubt started to root itself in the back of her mind.

What if people think it unfitting for a women of my age to wear such sexy swimwear? What if the glaring eyes she had noticed earlier were from disapproval, and not desire? Could it be, that in these liberal age, people still frowned on an older woman wearing a thong to the beach?

“Well to hell with them if they don’t approve. Although I am of a mature age, I am still a woman,” she said.

As Mavis kept walking she noticed even more wide eyes glaring at her nether region. And she identified that the onlookers expression did not communicate desire, but rather surprise and shock.

A young man standing with his surfboard was particularly indiscreet and stared at her with wide eyes. A look of surprise and fear in his face as he kept staring.

Mavis had had enough, what is wrong with these young people today? Was there an age limit to wearing a thong? Were only young and beautiful women allowed to wear them?

She stormed towards the young man who looked even more terrified than before.

“What is wrong with you? Have you never seen an older woman in a thong before?! Does it offend you? Am I not grandmotherly enough then?!

The young man hesitated for a few moments but in the end he managed to stutter out.

“Err, no Ma’am. Its just that, well, you’ve got the bottoms on backwards … the string is supposed to go in the back.”

Two fishermen were sitting by a lake. Suddenly, a windsurfer races past them and makes a huge backflip, but failed the landing horribly.

When he didn’t surface the two fishermen sailed towards his floating surfboard. They threw their nets in and pulled him up and saw to their horror that he was completely lifeless.

Straight away one of the fishermen started to give him mouth-to-mouth. After 5 seconds he yells, “Damn it! This guy’s breath is absolutely horrible!”

“We must have the wrong guy here,” the other fisherman says. “This one is wearing ice skates!”

I got a surfboard for my wife …

I thought it was a pretty good trade.