Daily Joke: A couple were dining at a new restaurant 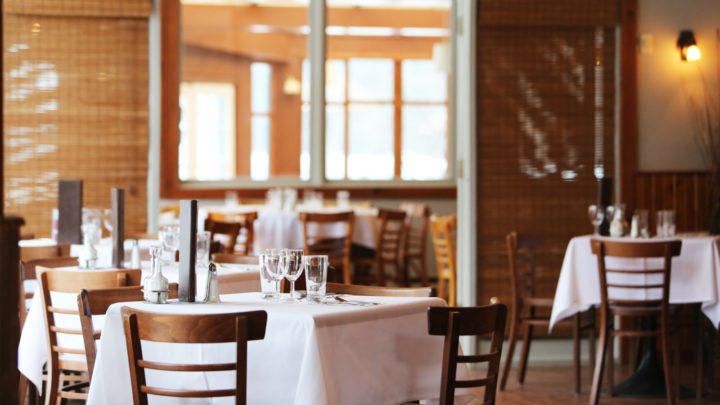 The couple headed to dinner together. Source: Pexels.

A couple was dining out when the wife noticed a familiar face at the bar. She recognised him as an old flame.

“Honey,” she said to her husband, as she pointed out the man. “That guy at the bar has been drinking like that since I left him seven years ago.”

Her husband said: “That’s silly, no one celebrates that much!”

Daily Joke: A new engineer goes to a job interview

Reaching the end of a job interview, the Human Resources Officer asks a young engineer at the start of his career: “And what starting salary are you looking for?”

The engineer replies: “In the region of $125,000 a year, depending on the benefits package.”

The interviewer inquires: “Well, what would you say to a package of five weeks vacation, 14 paid holidays, full medical and dental, company matching retirement fund to 50 per cent of salary, and a company car leased every two years, say, a red Corvette?”

The engineer sits up straight and says: “Wow! Are you kidding?”

The interviewer replies: “Yeah, but you started it.”

Daily Joke: A butcher notices a dog in his shop

A butcher notices a dog in his shop. He shoos him away. But later, he notices the dog is back again.

So he goes over to the dog, and notices he has a note in his mouth. He takes the note, which reads: “I need 12 sausages and a leg of lamb, please. The dog has money in his mouth, as well.” The butcher looks inside and, lo and behold, he finds the money for the order there. So he takes the money, and puts the sausages and lamb in a bag, placing it in the dog’s mouth.

The butcher is impressed, and since it’s close to closing time, he decides to shut up shop and follow the dog.

So off he goes. The dog is walking down the street, when he comes to an intersection. The dog puts down the bag, jumps up and presses the button for the walk signal. Then he waits patiently, bag in mouth, for the lights to turn. They do, and he walks across the road, with the butcher following him all the way.

The dog then comes to a bus stop, and starts looking at the timetable. The butcher is in awe at this stage. The dog checks out the times, and then sits on one of the seats provided. Along comes a bus. The dog walks around the front, looks at the number, and goes back to his seat. Another bus comes, again the dog goes and looks at the number, notices it’s the right bus, and climbs on.

The butcher, by now open-mouthed, follows him onto the bus.

The bus travels through the town and out into the suburbs, the dog looking at the scenery. Eventually he gets up, and moves to the front of the bus. He stands on two back paws and pushes the button to stop the bus. Then he gets off, his groceries still in his mouth.

There’s no answer at the house, so the dog goes back down the path, jumps up on a narrow wall, and walks along the perimeter of the garden. He gets to an open window, barks several times, walks back, jumps off, and waits at the door.

The butcher watches as a big guy opens the door, and starts laying into the dog, yelling at him and swearing at him.

The butcher runs up and stops the guy. “What in the world are you doing ? The dog is a genius. He could be on TV, for heavens sake!”

To which the guy responds: “Clever, my ass?! This is the second time this week that he’s forgotten his key.”