Daily Joke: An explorer goes in search of King Kong 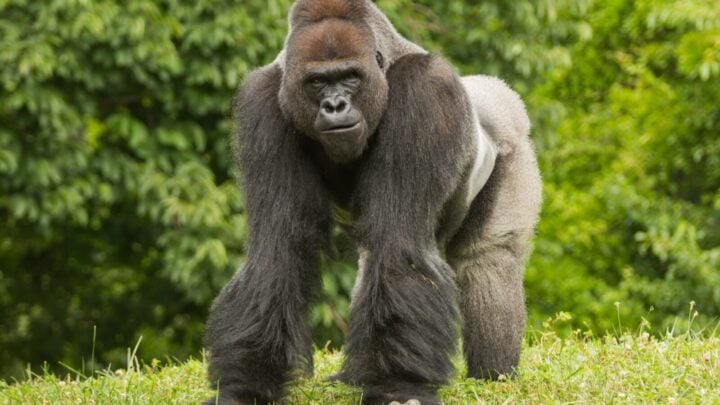 An explorer spent weeks scouring the jungles of Skull Island, hoping to see the legendary King Kong. One day, when he was all but certain that it was nothing but a myth, he came to a clearing and right there before him, sitting pensively, was the imposing figure of King Kong.

The explorer looked at King Kong in awe, and approached him slowly. King Kong seemed to be quite passive, so the explorer slowly reached out and shyly touched him. But as soon as he made contact with the gorilla’s fur, King Kong went berserk. He immediately rose to his feet, began beating his chest and roared mightily.

As the explorer ran for his life, King Kong set off in hot pursuit. Instinctively the explorer headed for the heart of the jungle, hoping that he might be able to hide from his manic pursuer, but wherever he tried to conceal himself, King Kong always managed to find him.

As night began to fall, the explorer prayed that he would be able to lose the gorilla in the darkness but, no matter how fast he ran, the sound of King Kong’s pounding footsteps were always just behind him.

For three long days and nights, the explorer ran through the island, with King Kong always close behind, occasionally letting out a menacing roar from his vast throat. Eventually the explorer reached the coast. There were no ships in sight for an easy escape, so he realised the only option was to dive into the sea and hope that King Kong couldn’t swim. But, to his horror, the gorilla jumped in straight after him and demonstrated an excellent front crawl.

On and on they swam across the ocean, rarely separated by more than a few waves. Weeks later the weary explorer arrived in Brazil. He scrambled ashore with as much energy as he could muster, only to see the mighty King Kong right behind him, still beating his chest ferociously and with steam billowing from his nostrils. Through the streets of Rio they stumbled, explorer and ape equally exhausted, until the explorer took a wrong turn and ended up down a dead end, his escape barred by a huge wall.

With nowhere left to run, he sank to his knees in despair and pleaded to King Kong: “Do whatever you want with me. Kill me, eat me, do what you like, but make it quick. I can’t run anymore!”

King Kong slowly stalked over to the cowering explorer, extended his giant paw, then gently touched the man and roared, “Tag! You’re it!”