Fat people should eat dirt if they want to lose weight: Study 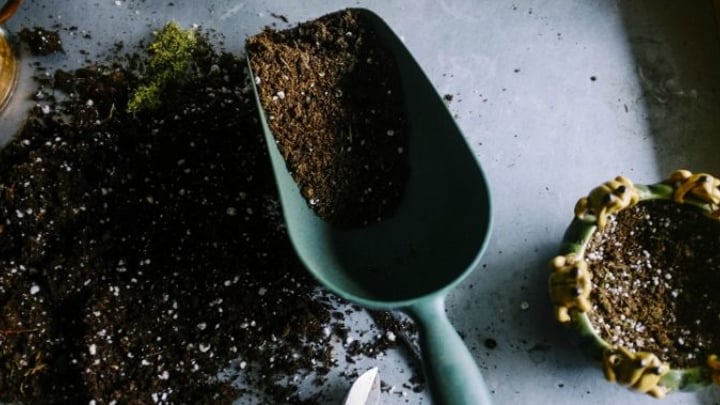 While everything from juice cleansers and soup diets have been linked to weight loss in the past, a new study claims eating dirt could be the latest way of flushing fat from the body.

According to research published in the Pharmaceutical Research Journal by researchers from the University of South Australia, eating a side of a certain type of dirt with an evening meal could actually flush fat from the system. Researchers say obesity costs the global economy $2.78 trillion (US$2 trillion, UK£1.58 trillion) each year, but a PhD candidate has discovered that clay materials have the potential to “soak up” fat droplets in the gut.

While Tahnee Dening’s discovery was accidental, it could be a possible cure for obesity.

“It’s quite amazing really. I was investigating the capacity of specifically clay materials to improve the oral delivery and absorption of antipsychotic drugs, when I noticed that the clay particles weren’t behaving as I’d expected,” Dening said in a statement. “Instead of breaking down to release drugs, the clay materials were attacking fat droplets and literally soaking them up.”

Dening said that clay materials were trapping the fats within their particle structure and were also preventing them from being absorbed by the body by ensuring the fat simply passed through the digestive system.

“It’s this unique behaviour that immediately signalled we could be onto something significant – potentially a cure for obesity,” she said.

Obesity is a serious health issue around the world, increasing the risk of other major health risks including cardiovascular disease, type 2 diabetes and even some cancers. Almost two thirds of Australian adults and one in four Aussie kids are overweight or obese, with half the world’s population expected to be overweight within 12 years.

The dirt in question is known as montmorillonite – a natural clay material purified from dirt and a synthetic clay called laponite. For the study, rats were fed either montmorillonite and a high-fat diet or a high-fat diet and a leading weight loss drug called orlistat. For two weeks, researchers analysed the rats and found that while both groups of rats experienced weight loss, the clay material proved more beneficial in aiding weight loss than the drug.

“Our processed clay has an unusually high surface area which means it has a huge capacity to interact with and soak up digested fats and oils present in the foods we eat,” Dening said. “Orlistat on the other hand, is an enzyme inhibitor that blocks up to 30 per cent of dietary fat digestion and absorption, which leads to weight loss, but has unpleasant side effects such as stomach aches, bloating, flatulence and diarrhoea, which limits its use in weight loss as people choose to stop using it.”

Researchers are now investigating whether using the clay material with orlistat could be an option for treating obesity in humans.

“We’re essentially attacking fat digestion and absorption in two different ways and we hope this will lead to greater weight loss with fewer side effects,” Dening added.

The clay material is safe for human consumption and is widely used in food products, with researchers hopeful clinical trials could start soon.

What are your thoughts on this study? Would you eat a side of dirt with your dinner if it helped you lose weight?