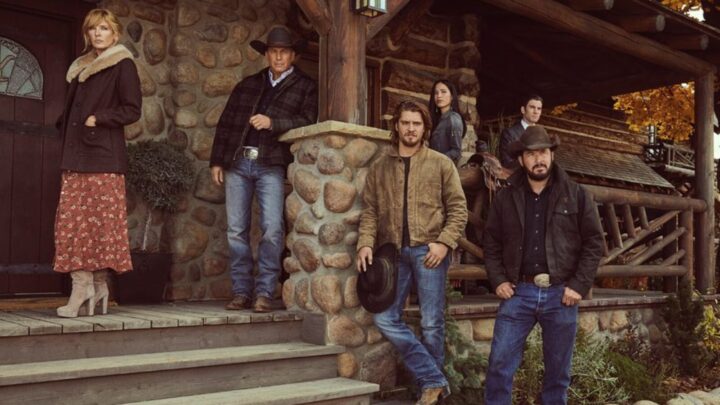 Yellowstone season 4 is truly done and dusted, the season wrapping up with a gunshot and justice for the Dutton attack. Now the wait for season 5 begins.

After months of no news on what Paramount Network had in store for the future of Yellowstone, fans have finally been given plenty to get excited about.

When will Yellowstone season 5 come out?

Paramount announced on May 16 that filming in Montana had officially begun for the fifth season. And as of July 6, the network formally announced that the upcoming season is officially airing on November 13.

In early February, the network informed fans that the mega-hit Western drama was set to return for a fifth season, promising viewers that the upcoming season would be super-sized.

It was a no-brainer decision to renew the series, as the highly anticipated fourth season raked in massive ratings, with its finale alone gathering 15 million viewers.

Yellowstone is currently Paramount’s number one cable series and has consistently gained top rating and viewership with each episode.

As Chris McCarthy, President and CEO of Viacom CBS Media Networks, explained, “Yellowstone’s record-breaking performance proves we’ve tapped a cultural nerve and unleashed a passionate audience from the centre of the country to each of the coasts”.

“Kevin Costner leads our incredible cast who make the Duttons America’s favourite family and, this new season is sure to be another one fans won’t want to miss.”

How many episodes will Yellowstone season 5 have?

Unlike its previous season, Yellowstone season 5 will be extending its typical 10-episode order to 14, with those episodes set to be split into two chapters.

It is understood that the network plans to air the first seven episodes before the series goes on a brief hiatus, with the remaining seven episodes airing sometime later in the year or early next year.

With season 4 helping launch the show’s spin-off, 1883, the first half of season 5 introduces the Sylvester Stallone-led Tulsa King, while the second half will reportedly help launch the show’s other instalment, 1932.

Which members of the cast are returning for season 5?

There’ll be some new faces around the ranch, too. Actors Kai Caster, Lainey Wilson, Lilli Kay, and Dawn Olivieri will all join Yellowstone in new roles.

Is There a Trailer for Yellowstone Season 5?

While the network has given fans a behind-the-scenes sneak peek of the fifth season, the upcoming season’s trailer is yet to be seen.

While you wait for the thrilling upcoming season of Yellowstone, you can enjoy these Western dramas that are currently available for streaming right now.

If you’re in the mood to watch something else, be sure to check out our guide to every new TV show and movie premiering this July.

Have you been keeping up with the Dutton family drama on 'Yellowstone'?