Back on the ranch! ‘Yellowstone’ star shares thrilling update ahead of new season 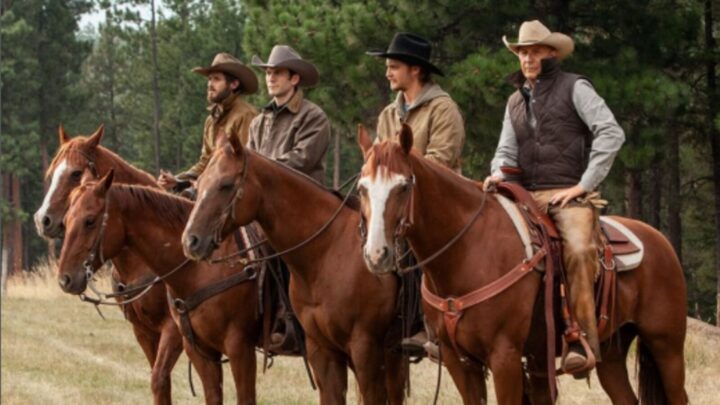 Despite the fact that we do not yet know when Yellowstone season 5 will launch, it is scheduled to begin airing around the end of 2022. Source: Instagram @yellowstone/ Yellowstone.

Yellowstone season 5 can’t reach television screens soon enough for fans of the hit Western drama series as they eagerly await any news regarding the upcoming season, however, one star of the show has unveiled an exciting update.

Forrie J Smith, who plays the Dutton ranch hand, Lloyd, took to Instagram on Wednesday, April 6, to share that filming for the show is kicking off very soon.

In the video, the real-life cowboy is seated on a brown leather La-Z-Boy thanking the “Yellowstone addicts” who sent him fan-mail,  towards the end of the video Smith revealed that the cast would be “going back for season five, mid-May, so keep your Yellowstone vibes rolling.”

It wasn’t long before Yellowstone fans started to share their excitement for the upcoming season.

“Needing a fix for my Yellowstone addiction cowboy ❤️❤️!! My blood runs Yellowstone and I am bleeding to death ❤️!! Can’t wait for season 5 to see the amazing work of Taylor Sheridan and this amazing cast!!,” commented one user.

“We love Yellowstone but you give it soul,” said another.

Despite it being the show’s fifth season, the program still continues to be a tremendous hit with fans.

The show’s season 4 finale, which aired in January 2022 had broken all the show’s previous rating records and became the show’s most-watched episode.

In an interview with Variety, Executive Producer David C. Glasser says the show’s co-creator and writer, Taylor Sheridan, is “deep into Season five.” Stating that Sheridan has great ideas he’s sure the fanbase will love.

The Wall Street Journal has also reported that season 5 will have a total of 14 episodes but will be split into a two-parter, with the first half expected to premiere during the mid-year.

But that’s not all, it’s also been revealed that Yellowstone will have yet another spin-off series titled 1932, which follows the family through the Prohibition and Great Depression, is scheduled to air with the second half of Yellowstone season 5.

While no official release date for the newest season has been announced, seasons 1 to 4 of Yellowstone is available for streaming on Stan.

What are you hoping to see happen in the newest season?