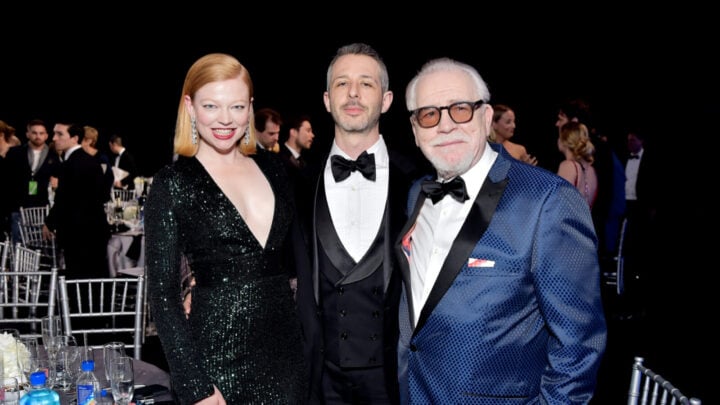 Across most of Australia, life outside is slowly returning to normal. Sydney has reopened, and Melbourne looks set to soon follow. However, if your Sunday is looking gloomy, or you are planning on a quiet one on the couch, this list will help you choose exactly what to watch with a  summary of the hottest, and latest programs across the major streaming services.

Stan has a great selection of content for your consumption this weekend.

Dr Death and Dr Death: The Undoctored Truth both hit the streaming service recently. Dr Death dramatises the true story of Dr Christopher Duntsch, as he permanently changes the lives of those who lay on his operating table. Starring big names like Alec Baldwin, and Christian Slater, this is a must watch. Dr Death: The Undoctored Truth is the docuseries detailing the real events portrayed in Dr Death, in much the same way as Netflix’s docuseries Conversations with a Killer: The Ted Bundy Tapes accompanied Extremely Wicked, Shockingly Evil and Vile, the Netflix movie about Ted Bundy’s crimes and trial.

If you’re looking for something a little lighter, Hacks starring Jean Smart, has just finished releasing its first season. The Emmy award winning comedy series follows Las Vegas comedian Deborah Vance as she mentors an entitled young up and comer.  A must watch for all Jean Smart fans everywhere.

The fourth season of Kevin Costner’s Yellowstone drops on Stan on November 8. This means you’ve got three weeks to get up to date with all of the allegiances, alliances and family legacies that this modern drama/western series offers, before season four kicks off.

US satirical-drama series Succession season three kicks off on October 18, and is sure to hit the ground running. Loosely based on the life and times of Rupert Murdoch, owner of one of the largest media conglomerates and owner of Foxtel, this series follows the Roy family. With each season focussed on one character’s perspective of their situation, audiences are wondering who will be the focus of season 3.

By now, you may have heard of Mare of Easttown. Released in May, this program is an American crime drama with a twist. Starring the ever gorgeous Kate Winslet as the protagonist Mare, and Guy Pearce as her prospective love interest, with a sprinkling of small town sneakiness, this is a miniseries you can really sink your teeth into.

Sticking with the crime theme, crime drama Wentworth is Australia’s answer to Line of Duty. Wentworth has recently wrapped up its nine season run, so now is the perfect time to start watching the series, as you are guaranteed to not overhear any sneaky spoilers the day after an episode was released.

Heart in your mouth moment! Look out Vera! #Wentworth #TheFinalSentence

The Crown is a fan favourite, and with the fifth season currently being filmed, now is a great time to catch up on the dramatised history of the British royal family. Captivating soundtracks and absolutely beautiful shots have assured the quality of this show time and time again, garnering countless awards across its run thus far. The progressive casting swaps every few seasons to ensure that the parts are continued by actors of the most age-appropriate brackets is something unseen in most mainstream programs, is the reason that actor Claire Foy won the Emmy for Outstanding Lead Actress in a drama series for 2018, then Olivia Colman followed with the same award, for their portrayals of the same character, Queen Elizabeth II in the same program, in 2021. Imelda Staunton is next to take on the role. The Crown is a true masterpiece.

Virgin River stars three popular actors, Alexandra Breckinridge from This Is Us, Martin Henderson from Grey’s Anatomy, and Tim Matheson from Hart of Dixie,  and follows a nurse who moves to a small town, Virgin River. With three juicy seasons out now, and a fourth and fifth on the way, there’s no time like the present to delve into this delightful drama.

Finally, Netflix has recently secured the rights to exclusively stream one of most popular programs of all time, Seinfeld, with Jerry Seinfeld himself announcing the deal in a strange short advertisement for the streaming service, in which Jerry appears as a Lego man. If you are looking for some light nostalgic fun to watch, or something to pop on the telly while you do some light cleaning, this is the cheeky little show that you want to put on. All nine glorious Seinfeld seasons are live on Netflix now, and will definitely scratch that nostalgic itch that you’ve been searching for.

Do you have any streaming service recommendations?