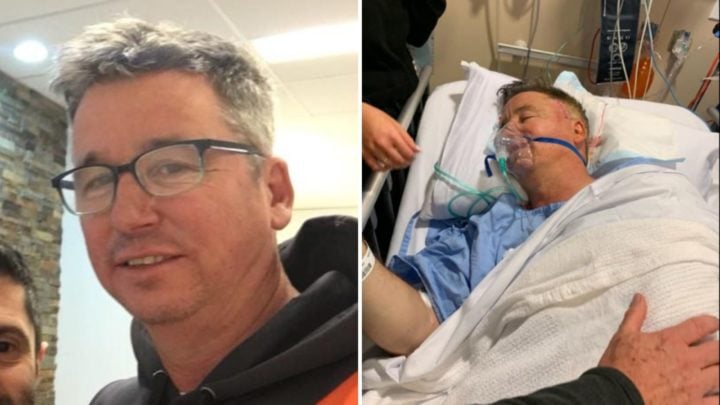 Former Australian cricketer Gavin Robertson is in “the fight of his life” after he was diagnosed with a brain tumour.

On Tuesday, Macquarie Sports Radio presenter Mat Thompson wished Robertson a happy birthday but told listeners it wasn’t the best birthday the 53-year-old would have.

“I know he’s had happier birthdays than the one he’s experiencing right now but he has a wonderfully supportive family, great friends and many well-wishes amongst the sporting public,” Thompson said. “Sadly, the news for Gav is not great.”

Thompson previously told listeners that the former cricketer had been feeling unwell with a variety of symptoms. They prompted him to seek medical help and within hours, he’d been diagnosed with a brain tumour and underwent surgery.

Robertson’s family shared an update on Facebook after the sporting legend came out of surgery last week.

“It’s time to get to u all and tell where dad is at. He’s had a brain Tumour removed on Monday and waiting a week to find out where he’s at with the cancer level and what happens from here [SIC],” a message on Facebook read, alongside a photograph of Robertson in a hospital bed.

“It’s all happened quickly but Dr Charlie Teo is his friend and he told him at 12 pm Monday to get to his surgery and he operated 5 hrs later. Dads had over 400 msgs but I’m just filling in the rest of our friends. Fingers crossed [SIC].”

Robertson’s family has now shared an update with Thompson.

“It’s bad news,” the presenter told listeners. “Robbo is facing a very long fight. I’m not going to speak specifically about it out of respect for him and his family.

“When one of the good guys is faced with a struggle like Gavin is, it’s absolutely heartbreaking and when I heard the news of his diagnosis last night, I was numb.”

Thompson said he respected Robertson enormously for years and added: “He’s in, unfortunately, for the fight of his life”.

“Gav, you are one of the absolute best and we’re all with you,” the presenter continued. “This is really sad and it’s moved me a lot. It’s made me reflect as well on this terrible infliction that is brain cancer.”

Fans, friends and family members have sent their well-wishes to Robertson and his family.

One message on Facebook read: “My love and thoughts are with you all… have known Gav a long time and a true gentleman. He is a fighter… sending love and positive thoughts to you all xx.”

Another person said: “Sending lots of love and positive vibes.”

A third added: “So sorry to hear the news Robbo all the best to you and the family for a fast and full recovery.”

Robertson played for the New South Wales Blues in the ‘80s and was also known as a player in Tasmania. He was part of a Sheffield Shield-winning team and retired from the game in 2000.

Do you have a message of support for Gavin Robertson and his family?