‘This is the final straw’: Woman’s frustration at caring for elderly father 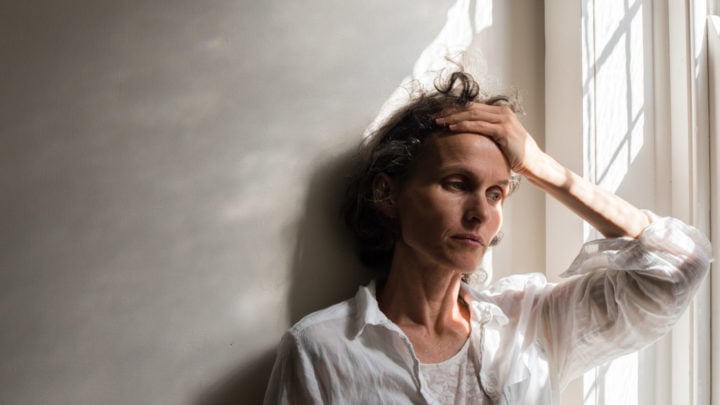 A woman has shared her frustration at caring for her elderly father with dementia, explaining that she has reached her "final straw". Source: Getty

Caring for an elderly parent with dementia can be extremely stressful and draining. It can be an intensely emotional journey as you watch your loved one deteriorate, and often becoming unrecognisable in their behaviour and mannerisms.

But what happens when they become too much for you to take care of? When their anger and rash behaviour makes you feel unsafe? This is the situation that has pushed one woman to breaking point, as she admitted that she has reached her limit after spending the day prior in a “dirty police cell” in custody after her elderly father who has dementia caused her of stealing his food.

Writing on online forum Mumsnet, the woman explained that the situation has been escalating for months and that she was scared for her safety because her father can become aggressive and threatening at times.

“I’m actually quite scared at times because he tries to hit me, my husband, other people,” she said. “I have been trying for over a year to get him into a home. Social workers will not listen. He has made allegations about his care staff, pub landlord, people in the pub, his friends, and his neighbours. he says he has people in his house, he sees things and talks to himself. He isn’t washing or dressing appropriately, and he drinks for breakfast.”

The woman explained that she is “driven nuts” by her father, who lives next door, and bangs and kicks her door up to 20 times a day. Often, he will stand by her car so that she can’t get in or out of her house. He’s even taken to phoning the police “every day for over a week” but by the time they arrive, her father has gone out.

“I hate this man,” she said. “I can’t bear to be anywhere near him. I have told [his] social worker that I don’t want to know where they place him if he comes out of hospital again, and I don’t want to be informed if anything happens.”

Concluding her post, the woman asked if she was cruel for not caring for her father anymore, and said that she felt “so guilty” but that she is so “frightened and angry” for the effect he is having on her and her family. Many people offered their support to the fed-up woman, with some encouraging her decision to cut ties with her father, while others suggested she reach out to charities for help.

One wrote:  “He is too much for you to care about. You can’t do it on your own. You did your best. What else can you do?”

Another added: “No, you are not cruel. Not at all.”

While another commented: “I wonder if him getting sectioned would help but how would you even go about that and then he would be worse as he doesn’t understand. Is there any charity’s that have advice maybe, I don’t know, like age concern or a dementia one? Someone has to be able to help surely to God.”

Another commenter offered words of encouragement, saying she could relate to her situation as she had been through something similar before and that social services “destroyed” her with their lack of support and help.

“I can completely believe that you’re getting no help and support,” she said. “I am very glad to hear that the police are being supportive. Unfortunately in my experience things have to get to absolute crisis point until people step in.

“Do everything you possibly can to protect yourself and your family. That includes letting your father completely go if that is what needs to happen.”

Can you relate to this woman's situation?