‘There’s nothing there’: Studio 10 star’s heartbreaking update on Jeanne Little 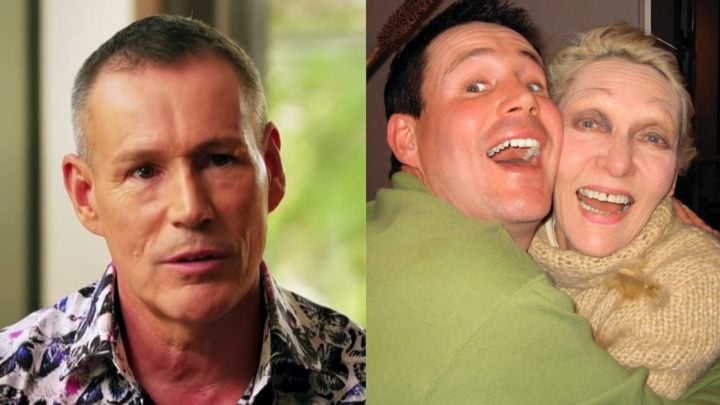 Studio 10 star Craig Bennett has shared a heartbreaking update on his close friend Jeanne Little’s condition, a decade after she was diagnosed with Alzheimer’s disease – and revealed why he’ll never stop visiting her despite her no longer recognising anyone.

Little, 80, hasn’t appeared on TV screens in more than 10 years after being diagnosed with the horrific disease in 2009. She remains one of Australia’s favourite entertainers, winning over fans across the country with her over-the-top fashion, chirpy personality and “Darrrrling” catchphrase.

However she has remained bed-ridden in recent years, as her memories are slowly wiped away by the disease. Now, speaking in an exclusive chat with Starts at 60, Studio 10‘s entertainment reporter Bennett, 56, has opened up on how she’s doing.

“I see her still now in the nursing home where she is,” he said. “Not many people go, and that is very sad, but in talking to some people – it’s that they can’t stand to see her the way she is now, which is basically bed-ridden, she can’t talk, she can barely move, she’s just lying staring at the ceiling.”

The pair have been friends since around 1980, regularly attending showbiz events together before going on to form a close bond in the years since.

Asked if she recognises anyone now, he said: “No, no. It’s terribly sad. Her husband Barry is now in the same nursing home, but it breaks his heart to go down and see her – he does so every day and sits and holds her hand – but just that immeasurable sadness of knowing that that wonderful woman and all of their shared memories, there’s nothing there. She doesn’t recognise him.”

Bennett said that while she may make the odd sound, Jeanne hasn’t spoken clearly in some time. When she was first diagnosed, he explained that she could be “brought back” with music – regularly enjoying singing with her loved ones – but that hasn’t happened for a while.

“That’s all gone now, there’s absolutely nothing, she’s basically a woman lying in bed staring at the ceiling having to be hand fed… It’s beyond cruel, but so many millions of people are dealing with loved ones in exactly the same situation and it is absolutely horrible,” he said.

Sharing his own personal memories with the star, Bennett said they ranged from Jeanne giving guests tea leaf readings at parties to having deep chats together and even hearing her amazing stories – with one involving an apparent alien abduction.

“She was just an extra special person. I put her in the past tense now because the Jeanne that is there now is not the same Jeanne as she was,” he added.

One story that has always stuck in his mind is the time Jeanne told friends (on several occasions) that she had a paranormal encounter.

“She had long maintained at a million dinner parties, wherever it was, how when she was 15, living in Sydney at her parents’ home, she was taken by aliens,” Bennett recalled.

“She explains it this way, that she was sitting on her bed and heard this whirring noise. The bed started shaking and shuttering, and she had the sensation that she was being whipped out of the window and up into the bottom of a space ship.

“Everybody would just look on absolutely agog as she seriously, truly explained all this, and she doesn’t remember anything except going up under this thing… it was like it was edited out of her mind and then she reversed and suddenly, recognising things again and whirring back and landing back on the bed with an absolute thud, and that was it.

“The story never wavered, she was absolutely convinced this happened to her. Her beloved hubby Barry would, whenever the story came up, he’d say, ‘Oh Jeanne, not that story again!’ But she couldn’t be stopped and her telling of it was absolutely hilarious.”

Jeanne’s friends, including Bennet, first began to suspect she may have a memory condition while they were all gathered together at Bennett’s house several years ago. He said that they were all stood in the kitchen, but not recognising where she was, Jeanne asked the group: “Where is the kitchen?”

Another guest there had dealt with her own mother’s Alzheimer’s and recognised the signs, telling Jeanne’s closest friends and her husband Barry of her concerns.

“Jeanne could disguise it with that wacky, wonderful, colourful way of hers,” Bennett said. “People just thought it was just Jeanne not remembering things or calling people darling, but no in fact it was her memory receding.”

Just last year, Jeanne’s daughter Katie appeared on Today and opened up to host Georgie Gardner about how her mother has changed since being impacted by Alzheimer’s. She recalled the moment she realised her mum’s mind was truly fading when she found a note Jeanne had written and hidden in her apartment.

“It was like a diary entry with a date at the top and it said, ‘Today I was taken off to the doctor who said I’d been given some pills to see if I could be like I used to be and I don’t understand what this is all about and not even my daughter or my husband will tell me’,” she recalled on the show.

Asked about the letter, Bennett recalled that it was one of a few that Jeanne would keep for herself – with one letter found in an old handbag.

“Jeanne described that she thought people were looking at her in a weird way and she thought something was wrong, she couldn’t remember things and she didn’t know what to do or say. It was completely heartbreaking,” Bennett said.

He recalled one trip with her, before she went into care and while her diagnosis still wasn’t public knowledge, when they went to the opening night of Chicago. He described people coming over to say hello, some of whom were very famous, and she didn’t recognise them.

“Inside her handbag, she’d written down her name, her telephone number in the event she got lost somehow, because she didn’t even know who she was, where she lived, or what her phone number was. It was so she could hand it to a taxi driver or somebody or other.”

“When people don’t go and see people in that situation, on one hand I understand that, it’s heartbreaking for friends and family, but on the other hand the reason I go is because I don’t know what’s behind Jeanne’s eyes,” he said.

“Even though she can’t talk, you sometimes wonder in her mind is she thinking, ‘Craig is here thank God, where is everyone else?’ I couldn’t bear to think that someone was lying there thinking they didn’t have any friends and nobody cared.”

Bennett recently completed work on his new book, True Confessions of a Shameless Gossip, detailing some of his most memorable celebrity encounters, as well as difficult personal experiences he’s never shared before. It’s published by New Holland Publishers and available now from all good book retailers or online here.

What are your memories of Jeanne Little? Have you got a family member who has been diagnosed with Alzheimer’s?