Starts at 60 Daily Joke: A salesman was getting divorced 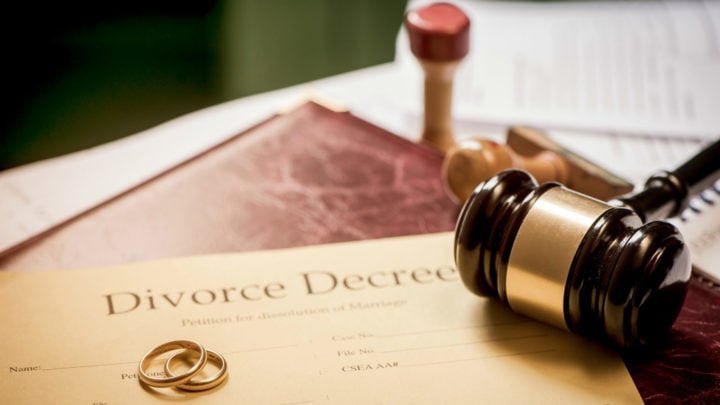 He was testifying in his divorce proceedings against his wife. Source: Getty.

A salesman was testifying in his divorce proceedings against his wife.

“Please describe,” said his attorney, “the incident that first caused you to entertain suspicions as to your wife’s infidelity.”

“Well, I’m pretty much on the road all week,” the man testified. “So naturally when I am home, I’m attentive to the wife.”

“One Sunday morning,” he continued, “we were in the midst of some pretty heavy love-making when the old lady in the apartment next door pounded on the wall and yelled, ‘Can’t you at least stop all that racket on the weekends?'”

Starts at 60 Daily Joke: A man was walking with a baby monkey

A man was walking down the street with a baby monkey in his arms when a friend stopped him and asked what he was doing holding the animal.

“I just bought this monkey as a pet. We have no children; so he’s going to live with us – just like one of the family. He’ll eat at the same table with us. He’ll even sleep in the same bed with me and my wife.”

Starts at 60 Daily Joke: A woman asked her husband about his past

After three years of marriage, Kim was still questioning her husband about his lurid past.

“C’mon, tell me,” she asked for the thousandth time, “how many women have you slept with?”

Kim promised she wouldn’t get angry, and convinced her hubby to tell her.