Daily Joke: A man borrows a horse to head into town 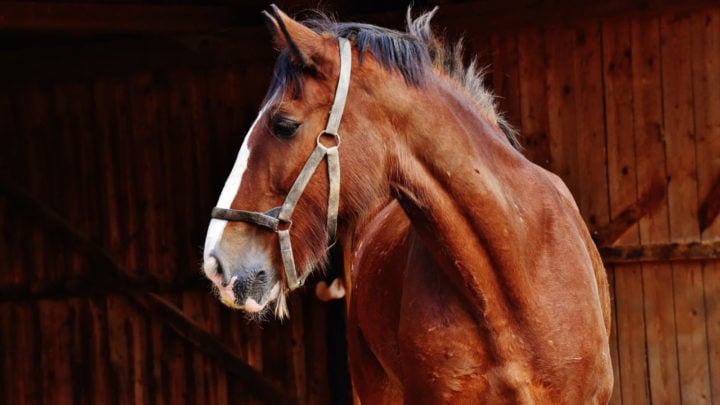 "Could I borrow your horse and give it back when I reach the town?" Source: Getty.

A man has been lost and walking in the desert for about two weeks. One hot day, he sees the home of a missionary. Tired and weak, he crawls up to the house and collapses on the doorstep.

The missionary says: “Sure but there is a special thing about this horse. You have to say ‘Thank God’ to make it go and ‘Amen’ to make it stop.”

Not paying much attention, the man answers: “Sure, ok.”

The horse stops four centimetres from the cliff. Then the man leans back in the saddle and says: “Thank God.”

Daily Joke: A young man visiting a ranch wanted to be ‘macho’

A young man visiting a ranch wanted to be ‘macho’, so he went out walking with one of the hired hands. As they were walking through the barnyard, the visitor tried starting a conversation: “Say, look at that big bunch of cows.”

“Sure, I’ve heard of cows. There’s a big bunch of ’em right over there.”

Daily Joke: The three wise men are out for a stroll

The three wise men are out for a stroll when they come across a stable. The three of them decide to duck inside.

On the way in, one of the wise men hits his head on the low entranceway.

Joseph says: “Quick, Mary, write that down! It’s a hell of a lot better than Clyde!”