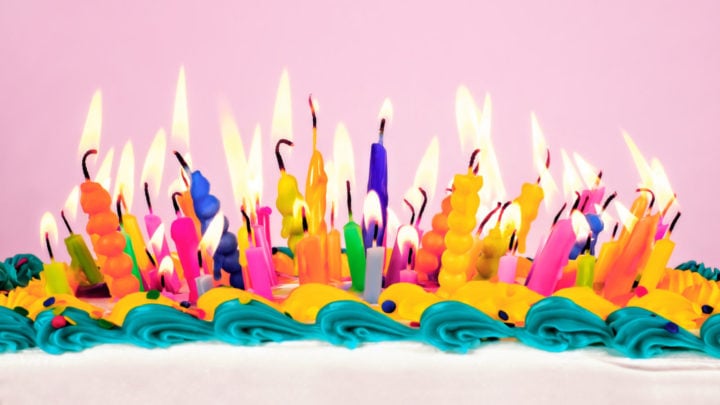 On his birthday his friends asked how he stayed so fit. Source: Getty.

Grandpa was celebrating his 100th birthday and everybody complimented him on how athletic and well-preserved he appeared. “Gentlemen, I will tell you the secret of my success,” he cackled. “I have been in the open air day after day for some 75 years now.”

The celebrants were impressed and asked how he managed to keep up his rigorous fitness regime. “Well, you see my wife and I were married 75 years ago. On our wedding night, we made a solemn pledge. Whenever we had a fight, the one who was proved wrong would go outside and take a walk.”

Daily Joke: A teacher was giving her students a lesson in logic

A fourth-grade teacher was giving her students a lesson in logic.

“Here is the situation,” she said. “A man is standing up in a boat in the middle of a river, fishing. He loses his balance, falls in, and begins splashing and yelling for help. His wife hears the commotion, knows he can’t swim, and runs down to the bank. Why do you think she ran to the bank?”

A girl raised her hand and asked: “To draw out all of his savings?”

Daily Joke: A lady invited her old friends over

The lady was one of the new rich and, not wishing to appear a snob, invited her old friends to the house.

She was now taking them on a tour of the establishment and had reached the room where they would dine that evening.

“These knives and forks are solid silver,” she said. “Even the chains they’re fastened to have real emeralds.”