Welcome relief: Stamp duty could be axed as soon as next year 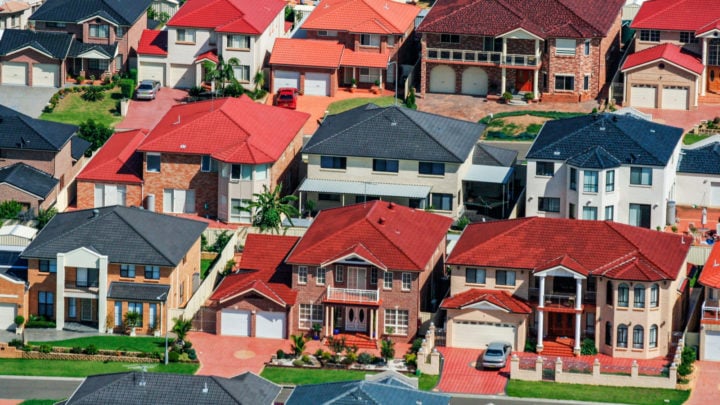 Stamp duty could be a thing of the past in a post-Covid world. Source: Getty

While there are varying predictions on the state of the economy post-Covid-19, there’s one thing experts seem to all agree on: stamp duty could become a thing of the past as soon as 2021 as Australia moves towards a recovery phase from the pandemic.

Calls for stamp duty – a tax which brings in roughly $20 billion for states and territories annually – to be axed have been growing in popularity since the beginning of the pandemic, with support particularly strong in New South Wales.

Research conducted by Finder found that more than two-thirds of economists predict stamp duty will be scrapped by the end of 2021.

“Stamp duty makes the process of buying a home even harder,” Finder Insight Manager Graham Cooke said. “Not only do borrowers have to save a 20 per cent deposit, they also need to save well over $10,000 – in some cases more than $80,000 – for a tax that generally cannot be included in your mortgage.”

He described the tax as an “on-the-spot fine for home buyers”.

However, financial expert Noel Whittaker, who’s known as the Financial Wizard of Oz, said getting rid of stamp duty could pose a few problems.

“The first difficulty is implementation,” he said. “For example, if we say from one January next year we will abolish stamp duty and replace it with a universal land tax, nobody would buy a property between now and then.”

Whittaker said the solution could lie in the removal of stamp duty being “phased in”.

“And how do you compensate somebody who bought in the last couple of years [who may] have already paid $10,000 in stamp duty? Will land tax be based on a sliding scale according to when they bought?”

He says the basic principle of taxation is fairness and ability to pay.

“Think of a couple who bought a property in a place like Whale Beach 50 years ago, and now occupied by the widow,” Whittaker went on. “The place may be worth $12 million. Will you now charge the widow $200,000 a year on land tax given she may well be on the full pension, or do you treat it like a HECS debt and make the estate paid? That would cause a massive drop in prices for more expensive properties.

“And given a major part of state government revenue is land tax, how will the figures be worked out so the states are not worse off? Are they going to be smart enough to adjust the numbers so the drop in stamp duty prices over many years, equals the rise in land tax over the same period? It’s a minefield.”

What do you think of this?