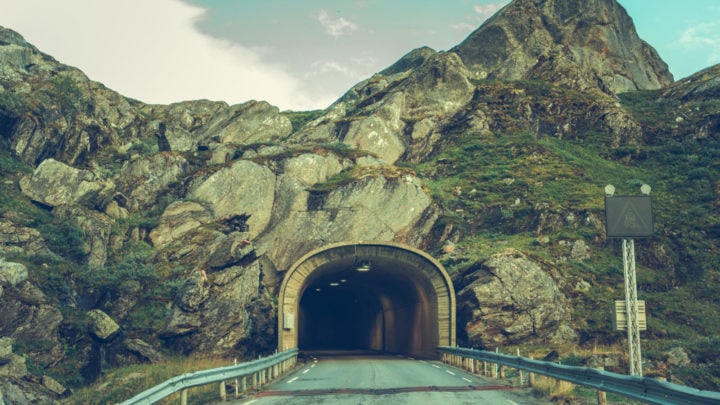 Tunnel vision when it comes to investment risk can end up costing you dearly. Source: Getty

For conservative investors, this steady decline in interest rates has become a catastrophe. While reducing interest rates have been a boon for borrowers with mortgages on their homes, for investors in term deposits who are uncomfortable with risky assets such as property and shares, the consequences have been appalling.

Interest rates have been steadily decreasing in Australia since the global financial crisis in 2009. I recall, just prior to the GFC, being able to obtain close to 8 per cent for five-year term deposits with the major banks. With interest rates at these levels, there appeared to be no real benefit in taking much risk as you could get a great return from a totally secure term deposit. For conservative investors this was easy street.

Interest rates, even for longer-term deposits of up to five years, have fallen to less than 2 per cent. In fact, the average five year rate is now 1.45 per cent. This means that interest rates have ‘crashed’ by 82 per cent over the past decade. This makes the sharemarket crash in 2009 look like a bump in the road.

It is worthwhile giving an example of how such dramatic changes can affect portfolios, particularly for conservative investors. I recall a client who was extremely conservative and chose to have 100 per cent of her assets in term deposits and bank accounts.

In 2008, her portfolio was approximately $1 million, which at 8 per cent gave her a pre-tax income of $80,000. Today, the same term deposits generate only $14,500 – a decline of 82 per cent. Of course, not only has the cash flow from her portfolio fallen dramatically, her cost of living has gone up over the same period.

In 2009, after the sharemarket crash, she congratulated herself that she had not invested in shares as she had avoided the crash. However, she ended up experiencing a much worse crash in interest rates.

For comparison purposes, it is educational to see how she would have fared if she had had some or all of her $1 million in the sharemarket and experienced the sharemarket crash in 2009. Where would she be today?

The position is described in the table below, which shows a range of outcomes depending on the amount of money invested in the sharemarket over the period since the sharemarket crash 10 years ago. This table assumes no capital has been used up in this time.

The figures above show the effect of tax on the portfolio because investors in the sharemarket benefit from franking credits and pay less tax on their earnings. Therefore, it is essential to look at after tax income (or net income).

So, who ended up worse off? To make things worse this individual (single homeowner over 70) has no entitlement to the Age Pension because of the asset test.

The lesson for conservative investors

These figures are very simplified to establish a point and that is to use a diversified portfolio and not get trapped in one asset class. If you need $40,000 (after tax) today to live on and are single and can’t get the pension, you need to invest $3.3 million in term deposits at current interest rates. That is crazy!

Conservative investors have now started to move to more risky assets chasing not capital growth but income – the old world is on its head.

The average dividend yield from Australian shares today is around 4.5 per cent, which can increase to over 6 per cent with franking credit refunds. For listed property (REITs) the current yield is around 4.8 per cent. For international share markets the dividend yield is much lower – between 2.5 per cent and 3 per cent (with no franking credits) – but still higher than term deposits at 1.45 per cent and cash at close to zero.

These figures are for the whole market and may not apply to individual shares. For example, the dividend yield for the Commonwealth Bank of Australia today is 5.4 per cent, which can increase to 7.7 per cent with franking credits – a bit of a contrast to their term deposit rate.

But even today I do not recommend 100 per cent in the sharemarket or any other market. The right mix of asset classes (cash, term deposits, shares and property) is an individual decision best supported by some non-conflicted advice given by a qualified expert.

The other lesson is that after tax cashflow flow from portfolios is a key thing to focus on and not just asset prices, as any good adviser or wise investor will tell you.

Do you wonder if you are too conservative with your investments? What stops you from taking more risk?