Bursting Balloons and Other Party Tricks 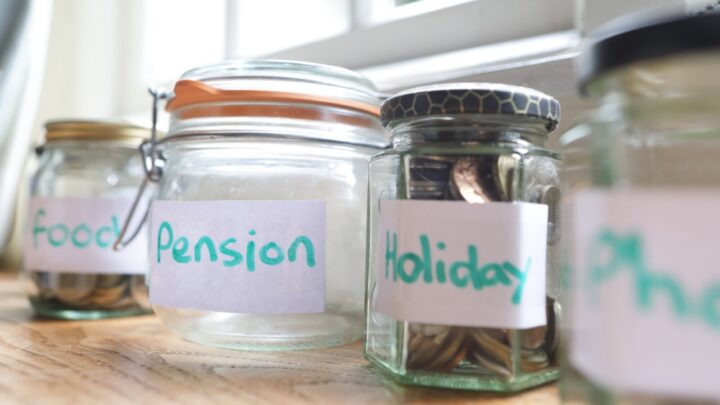 With an extra 2.1 per cent in their pockets, courtesy of the biannual indexation of the age pension and payable from March 20, older Australians will have been celebrating, won’t they? Just asking. The increase was eaten up a long time ago, in higher food and petrol prices.

To increase the level of interest, this week we’re sandwiched between two sets of circumstances.

First, by the largely confected and balefully partisan political argument over the death of Victorian Labor senator Kimberley Kitching at age 52 and the Liberal wipeout in the South Australian state election. And second, by the 2022 federal budget to be handed down on March 29 and the federal election due by the end of May on the other.

We’ll return to the death of Senator Kitching in a moment, and to the South Australian election. But first, to the budget and the federal election.

It’s virtually certain that Prime Minister Scott Morrison will do as he did in 2019 and call the election very soon after Treasurer Josh Frydenberg does his smoke-and-mirrors act on budget night. Under that scenario, the PM and his treasurer will litter the landscape with promissory notes and sundry other inducements to return the coalition to office, allow the opposition leader his right of reply on Thursday, March 31, and then bring down the shutters.

They’ll add absolutely nothing to the show. Well, not quite nothing. We’ll get lots more colour and movement, always a diversion. We’ll get another exercise in political cupidity that turns the country’s most important fiscal document into an election platform. And just to round out the latest Gang Show spectacular, we’ll also get the reward-hah!- of a real election campaign instead of the fake one we’ve been enduring since before 2021 ticked over into 2022.

All we need is the steak knives, and we’ll have the full package.

Budget numbers are always squashy, especially in what the boffins like to call the out years, those beyond reasonable forecasting. By that, they mean the future, where nothing is certain at all, other than that we must somehow have arrived there. Election budget numbers are even squishier. If an incumbent government is returned, adjustments can always be made later, on all sorts of excuses, or the smoke and mirrors machine can be recalibrated. And if a new government is installed, well, all bets are off anyway.

The South Australian state election on March 19 produced a not unexpected result, though the extent of the turnover was remarkable. Labor won handsomely and the single-term Liberal government was ousted.  Morrison says it’s nothing to do with him -no surprise there-and the commentariat says otherwise.

It’s hard to escape the conclusion, though, that the covid19 pandemic and the confusing array of regulations that resulted, and the shemozzle of the quarantine, age care and vaccine supply situations played a part. The Marshall Liberal government in South Australia performed credibly, particularly in renewable energy policy. In normal circumstances, it arguably deserved a second term. These are not normal times.

Drawing on the South Australian result, the commentariat suggests incumbency is no longer an asset, which may or may not be true. The real test of that will be in May.

Now to Kimberley Kitching. She died of a heart attack, not from a hitherto unknown condition dubbed “Mean Girls Syndrome”, which the Liberals have lit upon federally as a reason not to vote for Anthony Albanese and the Labor Party. Yeah, yeah. Yada, yada. Disregard that argument. Big party machine politics runs on factional disputation. Ask the Liberals’ Josh Frydenberg about that, or former Liberal MP Julia Banks, or a conga line of others.

That said, as Janet Albrechtsen wrote in The Australian in the conservative commentary interest, ALP factional warfare is a particularly unedifying element of national politics. We don’t need Albrechtsen to tell us that no one interested in party advancement should stand between Penny Wong and an issue she wants to run with or thinks she should. Or between Kristina Keneally and a parachute-drop pre-selection, for that matter; or Katy Gallagher, Labor senator and former ACT chief minister. But hey, that’s politics.

Kitching was far from being a shrinking violet and suggesting that she might have been demeaned both the woman she was and the causes for which she fought. She was a seasoned union operative, a factional warrior for the far-right, anti-communist faction of the Labor Party.

She was a close Bill Shorten ally. There isn’t a lot of love lost between Shorten and Albanese, or between the partisans of either group in the federal Labor caucus. Further, Kitching was a woman who saw the value – and it’s inestimable, even if in some fossilised quarters it’s deemed unpalatable – in creating cross-party political relationships.

In many ways, though not in the ALP machine way, Kitching highlighted the need for a necessary break with internalised politics and politicking. There’s more to public governance than party advantage.