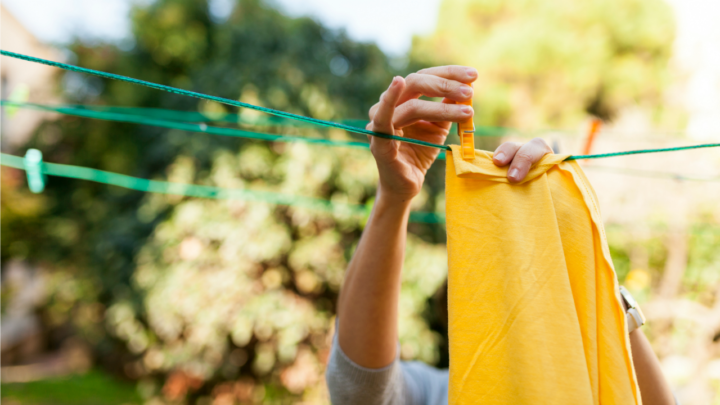 A total of 84 options were put under the spotlight and reviewed by the consumer advocacy group. Source: Getty.

Is there anything better than climbing into bed after putting on fresh sheets and getting a whiff of your favourite fabric softener or detergent? Well a new survey has now revealed which product you should have in your laundry in order to keep your clothes looking and smelling great.

The survey, carried out by Choice, assessed a range of popular and widely available detergents, both in liquid and powder form, and the results might just surprise you.

A total of 84 options were put under the spotlight and reviewed by the customer advocacy group, with just eight of those being labelled as ‘recommended’ choices for consumers.

The products, which ranged from big name brands such as Omo to supermarket own-brand offerings, were rated on everything from price per wash to value for money and how well they removed sweat from clothing, which is super important for Aussies, especially those with active kids and grandkids.

The best-performing detergent, landing an overall score of 84 out of 100, was Omo with A Touch of Comfort Inspired Freshness, which retails at $19.99 for a 2kg box.

With a general detergency score – how well it removes oil, dirt and stains from clothing – of 85 per cent, a perspiration score of 83 per cent and an average per-wash cost of just 51 cents, it’s easy to see why the product came out on top and is recommended by Choice. However, it did fall short when it came to being named a Best Buy, which is a label bestowed upon products which are great value for money, but are not quite good enough to be recommended.

Second place was also nabbed by Omo with their Omo Ultimate product. Slightly pricier at $21.99 for 1.8kg, it received an overall score of 83 per cent, with a score of 83 out of 100 for its effectiveness at removing sweat.

In joint third were Dynamo Professional Deep Clean, Dynamo Superior and Omo With Built In Pre-treaters, which all received a ranking of 80 per cent. However Omo won out when it came to general detergency, while Dynamo Professional offered the lowest price per wash at 50 cents.

The lowest score overall was given to Woolworths Essentials Laundry Liquid Clean Wash Apple Fragrance which got just 39 per cent, closely followed by Surf Tropical Tiger Lily and ecostore Eucalyptus Laundry Liquid which both scored 40 per cent.

To view the full results and find out how your preferred detergent fared, click here.

Which laundry detergent do you use at home? Would these results tempt you to try a different product?