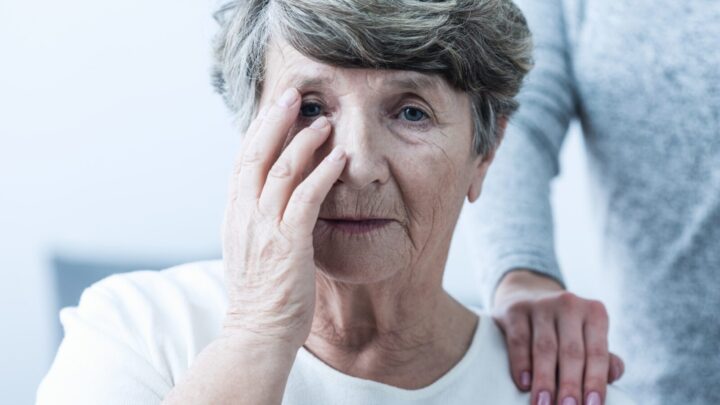 Could Viagra hold the key to breaking the misery of Alzheimer's Disease. Source: Getty

The virility drug Viagra could be useful for much more than providing a helping hand in the bedroom.

In encouraging news in the ongoing fight against Alzheimer’s disease, US scientists at the Cleveland Clinic have found that users of sildenafil – the generic name for Viagra – are 69 per cent less likely to develop the much-feared form of dementia.

The discovery, published in Nature Ageing on Monday, December 6, 2021, has been hailed as “an exciting development” that “points to a specific drug which may offer a new approach to treating the condition,” The Guardian reports.

Despite Alzheimer’s affecting hundreds of millions of people worldwide – and causing immeasurable heartbreak for their families – the search for an effective treatment has not yet yielded results.

According to The Guardian, researchers at the Cleveland Clinic used a large gene-mapping network to determine which of more than 1,600 Food and Drug Administration-approved drugs could work as an effective treatment for Alzheimer’s disease by targeting both amyloid and tau – two hallmarks of Alzheimer’s.

Said Dr Feixiong Cheng, the study lead: “Sildenafil, which has been shown to significantly improve cognition and memory in preclinical models, presented as the best drug candidate.”

Researchers then joined the dots by examining a database of claims from more than 7 million Americans for a connection between sildenafil and Alzheimer’s disease outcomes by comparing sildenafil users to non-users.

“They found sildenafil users were 69% less likely to develop Alzheimer’s disease than non-sildenafil users after six years of follow-up,” said The Guardian.
Next, researchers developed a lab model to further explore the drug’s potential effect on Alzheimer’s disease. It showed that sildenafil boosted brain cell growth and targeted tau proteins, offering useful insights into “how it might influence disease-related brain changes”.

Cheng said that randomised clinical trials involving both sexes with a placebo control were now needed to properly evaluate sildenafil’s efficacy, but a senior clinical researcher at the University of Oxford, who was not involved in the study, Dr Ivan Koychev, called the findings “an exciting development” which may lead to new treatment options for Alzheimer’s sufferers.

Dr Susan Kohlhaas, director of research at Alzheimer’s Research UK, also welcomed the findings and said it “could help speed up the drug discovery process and bring about life-changing dementia treatments sooner”. But she cautioned:

“Importantly, this research doesn’t prove that sildenafil is responsible for reducing dementia risk, or that it slows or stops the disease. The only way to test this would be in a large-scale clinical trial measuring sildenafil effect against the usual standard of care.”

Meanwhile, Dr Bill Brooks, a senior fellow at Neuroscience Research Australia, told the Australian Financial Review, that the new study had “come out of left field”, even though it was built on previous research.

He was referring to a 2009 Journal of Neuroscience study in which mice with Alzheimer’s were given some Viagra and found it sharpened their memories and reduced the plaque in their brains.

However, the computing methods used to examine and link the relevant data in the latest study, were not available a decade ago, the AFR reported.

Is your life affected by Alzheimer's?