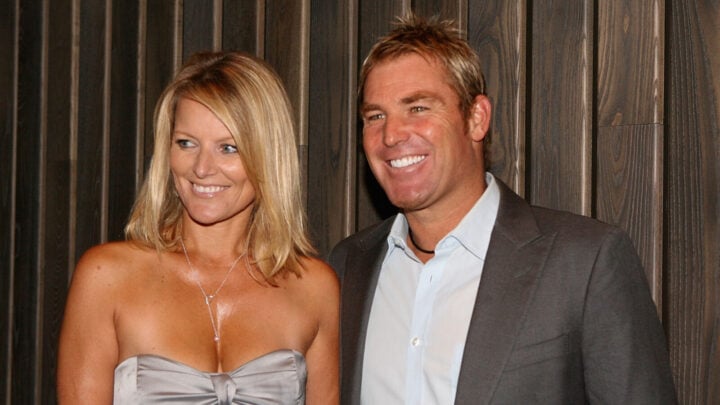 Although Callahan and Warne divorced in 2005, the couple remained close and were always there for each other when it came to raising their kids. Source: Getty Images.

Shane Warne’s ex-wife Simone Callahan has opened up about how she has been “dealing with” her grief, in the months following the passing of the cricket icon.

Shane Warne, died of a suspected heart attack, age 52 while enjoying a holiday on the island of Koh Samui in Thailand on March 4, 2022.

Callahan recently revealed that the although the grief “never goes away” she and her family are “getting there” and “moving forward”.

“The grief that we’re dealing with, it’s still fresh and it’s fluid. It never goes away,” Callahan told the Herald Sun.

“It’s hard because it’s something I never expected would happen.”

Although Callahan and Warne divorced in 2005, the couple remained close and were always there for each other when it came to raising their kids.

“Even though we were split up we still had a really good relationship with the kids and I never called myself a single parent or a single mum because I had Shane there,” she said.

“He was always there for the kids. It is just me and I am the sole caretaker so it’s a tricky one to navigate. It’s complicated but we’re getting there and doing our best. The kids have got to keep living and moving forward.”

Callahan joins her son Jackson in discussing Warne’s death, after the 23 year old recently took to Instagram to detail how he has coped with the loss of his father while thanking all those who have supported him through the difficult time.

By his own admission, Jackson “could’ve easily gone downhill” following Warne’s sudden death but in his inspirational message, the 23-year-old spoke of how he has coped with the “trauma”.

“I could’ve drank a lot of alcohol, gambled too much, quit the gym, ate shit food and not socialise. Be miserable,” he wrote.

Warne was considered one of the greatest bowlers in cricket history. He played his first Test match in 1992 and took over 1,000 wickets in Tests and One-Day Internationals over the course of his career. Warne’s 708 Test wickets from 145 tests was the record for the most wickets taken by any bowler in Test cricket until 2007.