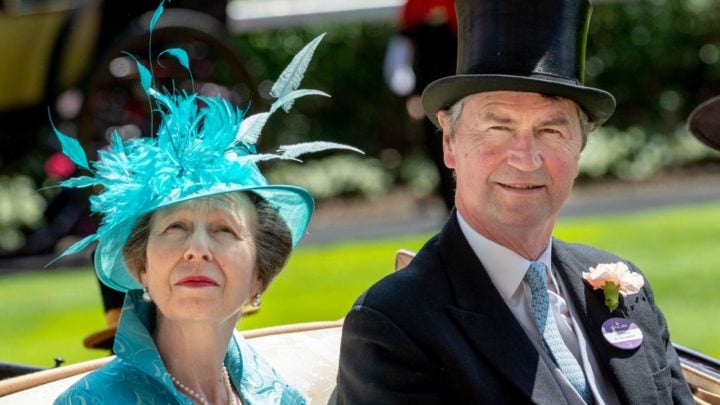 Princess Anne has been married to her son, Timothy, since 1992. . Source: Getty

Princess Anne’s mother-in-law, Barbara Alison Laurence, has sadly passed away at the age of 90, it was revealed.

An obituary posted in the UK’s Telegraph revealed the mother-of-two died peacefully at Horsfall House in Minchinhampton on July 2.

The notice states that Anne’s mother-in-law was the “much beloved widow of Guy” who was her husband, and mother to sons Jonathan and Timothy, Princess Anne’s husband.

Instead of flowers, the family have asked for donations to be made to the Royal National Lifeboat Institution (RNLI), the largest charity that saves lives at sea. According to the notice, Barbara’s funeral service will be held at St Giles Church in Great Wishford on July 20 with a wake to follow at The Royal Oak pub.

Princess Anne and Timothy have been married for almost 27 years, tying the knot back in 1992. The 68-year-old was previously married to Captain Mark Phillips, the father of her two children Peter Phillips and Zara Tindall, however they divorced in 1989.

Meanwhile, the news comes after Princess Anne, one of the busiest royals, joined Queen Elizabeth, the Duke of York and thousands of guests for this year’s annual Garden Party at the Palace of Holyroodhouse in Edinburgh last week.

The party is a way for the Queen and other members of the royal family to speak to a broad range of people from all walks of life. These guests have made a positive impact in their community and they’re typically representatives from churches, local governments and local societies.

For the outing, Princess Anne opted for a pale turquoise coat dress, complete with a matching hat. She accessorised with a white pair of gloves, a pair of heels and a matching purse. Anne was photographed mingling with guests and even posed alongside Prince Andrew, Prince Edward and the Queen.

Are you a fan of Princess Anne? Do you have a message for her?