A rare sight! Prince Philip, 99, looks dapper as he steps out on official duty 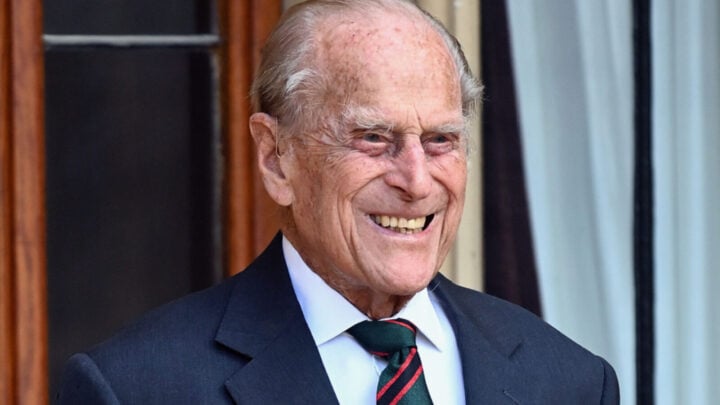 The Duke of Edinburgh served as Colonel-in-Chief of The Rifles from 2007. Source: Getty

He may have retired from royal duties in 2017, but Prince Philip stepped out on official business on Wednesday as he attended a military ceremony at Windsor Castle to hand over one of his ceremonial titles to his daughter-in-law Camilla, Duchess of Cornwall.

The Duke of Edinburgh looked in high spirits on Wednesday as he took part in a ceremony to officially mark the end of his tenure as Colonel-in-Chief of The Rifles, an infantry regiment of the British Army. The ceremony was conducted in two parts, both at Windsor Castle and Highgrove House, where Camilla was welcomed as the new Colonel-in-Chief.

Prince Philip, 99, has held the title of Colonel-in-Chief of The Rifles since 2007, however his involvement with the infantry regiment dates back to the 1950s. The duke was welcomed by four Buglers, who are members of The Rifles’ military band, and he looked dapper in a navy blue suit and regimental tie, in the colours of Rifles Green, red and black.

“The Duke has been Colonel-in-Chief of successive Regiments that have made up The Rifles since 1953, and today, they are the largest infantry Regiment in the British Army,” a post on the official Royal Family Instagram page read. “The Duke was thanked for his 67 years of service and support to the Regiment, before the Buglers sounded the ‘No More Parades’ call, marking HRH’s final ceremony as The Rifles’ Colonel-in-Chief.”

🎥The Duke of Edinburgh was wished, “fair winds and following seas” (an old Naval term) as he was thanked for his 67 years of service to @rifles_regiment today. . Video via @clarencehouse

Camilla’s succession makes sense as she already has close ties with the regiment, having held the position of Royal Colonel of its fourth Battalion since 2007. However there has been speculation that the title would have been passed to Prince Harry had the Duke and Duchess of Sussex not made the decision to step down as senior royals earlier this year.

Philip’s public appearance comes less than one week after he stepped out to attend the low-key wedding of his granddaughter Princess Beatrice and her now-husband Edoardo Mapelli Mozzi at the Royal Lodge, Windsor.

The duke stood alongside Her Majesty the Queen in one of the official portraits released by the palace, as the proud grandparents stood – at a socially distanced two metres apart – alongside the newly-married couple outside of the chapel following the ceremony.

Congratulations to HRH Princess Beatrice and Mr Edoardo Mapelli Mozzi! The couple were married in a small private ceremony at the Royal Chapel of All Saints at Royal Lodge, Windsor on Friday 17th July. . Princess Beatrice and Mr Edoardo Mapelli Mozzi celebrated their wedding with their closest family.‬ . The happy couple are pictured with Her Majesty The Queen and The Duke of Edinburgh. . Princess Beatrice wore a vintage dress by Norman Hartnell and the Queen Mary diamond fringe tiara, both belonging to Her Majesty The Queen. The tiara was worn by Her Majesty on her wedding day in 1947. . Photograph by Benjamin Wheeler.