Prince Harry’s subtle tribute to his late grandmother, the Queen 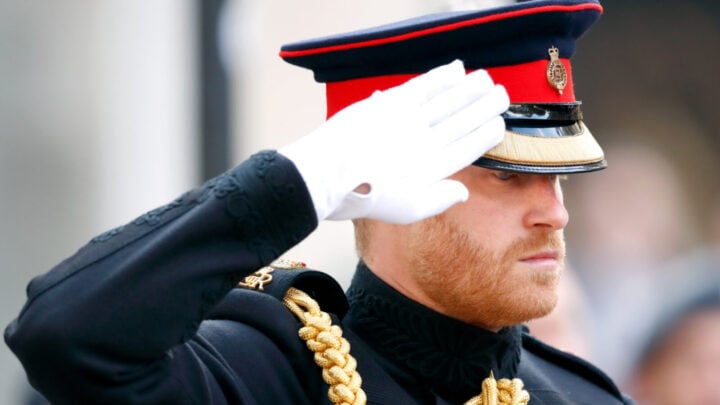 The Duke and Duchess of Sussex have paid a simple tribute to the Queen. Source: Getty

The Duke and Duchess of Sussex have paid a subtle tribute to the Queen following her death on September 8, 2022.

Prince Harry and Meghan Markle have turned the website for their nonprofit organisation Archwell black, with a simple tribute to the Prince’s grandmother.

It’s reported that Harry missed his grandmother’s passing and was rushing to be by her side when her death was announced.

Harry was already in the UK to attend charity events, and travelled by plane to Scotland, his flight landing 15 minutes after her death was announced.

The Prince was spotted looking forlorn in the back seat of a black car as he arrived alone at Balmoral castle to meet other members of the Royal family, leaving Meghan in England.

Prince Harry on his way to balmoral #QueenElizabeth pic.twitter.com/G3ydJ1tejz

Prince William, next in line for the Throne, arrived separately with Prince Andrew, Prince Edward and Sophie, Countess of Wessex.

The Duke of Cambridge, Duke of York, Earl and Countess of Wessex arrive at Balmoral to see the Queen who is seriously ill at Balmoral Castle. Prince Charles, Princess Anne and Camilla already there. Prince Harry en route.(???? Andrew Milligan/PA Wire) pic.twitter.com/DGyAnB5wf1

Along with Harry and Meghan, it’s been reported that Kate Middleton also missed the death of the Queen.

People magazine reported the Duchess of Cambridge had stayed with her three children at Windsor Castle.

King Charles III met his brothers and sons at Balmoral Castle, alongside the Queen Consort Camilla, as the pair were already in Scotland to carry out Royal duties.

The Queen’s daughter, Princess Anne was also already in the country.

As is British tradition, Charles became the King of the United Kingdom following the Queen’s passing, becoming the 62nd British monarch.

In a statement released on the Royal Family’s social media accounts, His Majesty said the death of his beloved mother “is a moment of greatest sadness” for him and his family.

“The death of my beloved Mother, Her Majesty The Queen, is a moment of the greatest sadness for me and all members of my family,” the statement read.

“We mourn profoundly the passing of a cherished Sovereign and a much-loved Mother.

“I know her loss will be deeply felt throughout the country, the Realms and the Commonwealth, and by countless people around the world.

“During this period of mourning and change, my family and I will be comforted and sustained by our knowledge of the respect and deep affection in which The Queen was so widely held.”