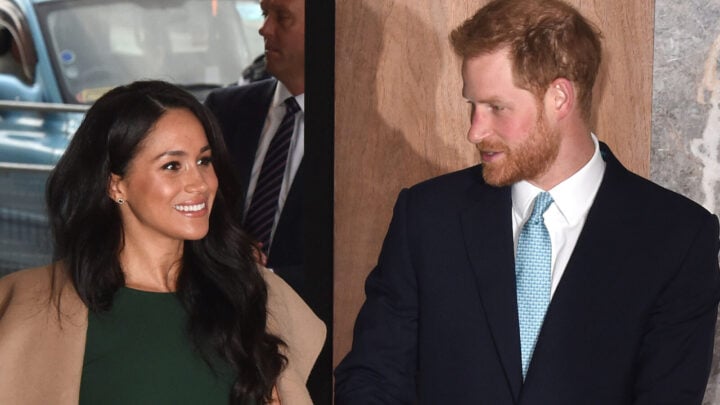 Prince Harry and Meghan, Duchess of Sussex, have purchased their first family home in Montecito, California, just five months after swapping royal life for independence in the United States.

The Sussexes reportedly quietly purchased the US$14.7 (AU$20.4M) compound in the coastal county of Santa Barbara in June, which is around two hours’ drive from Meghan’s native Los Angeles, reports Variety.

Images aired by the Today show reveal the lavish interior of the grand property, which boasts nine bedrooms, 16 bathrooms and even an outdoor playground for baby Archie. The couple’s new home – which they reportedly moved into around six weeks ago – also features an impressive outdoor swimming pool, a private tennis court, library and wine cellar.

The property is the first purchased by the couple as their British home Frogmore Cottage, in Windsor, was gifted to them by Her Majesty the Queen to mark the occasion of their wedding in May 2018.

Having stepped down as senior members of the British royal family in March this year, Harry and Meghan, along with their one-year-old son Archie Harrison Mountbatten-Windsor, moved to Los Angeles, where they lived in an incredible $27 million property owned by US producer Tyler Perry.

And royal fans were able to take a peek inside that lavish Hollywood home, thanks to Perry’s own personal Instagram account. The producer previously shared pictures of his eight-bedroom, 12-bathroom villa, which sits on 22 acres in an exclusive guard-gated community.

Perry also previously shared a stunning snap from the back deck of the home, which overlooks the city skyline. Although the photo was taken on a cloudy day, the view still looks amazing. Another image features one of the home’s many kitchens, which includes a marble island, double oven and stove top and blackboard. Meghan, who’s always been passionate about food, will no doubt be a big fan of this room.

Do you remember buying your first family home?