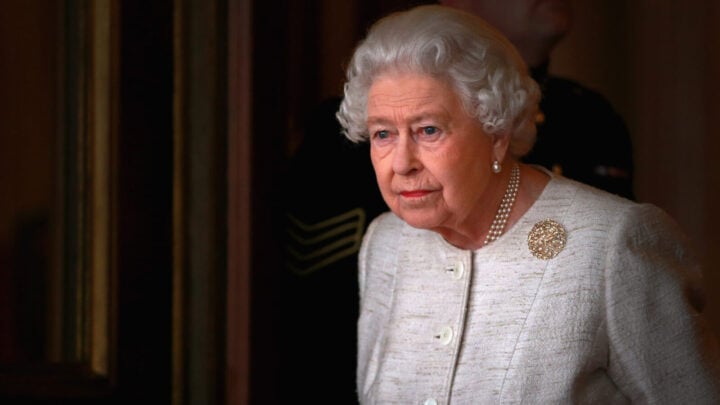 The Monarch's death certificate confirmed that Her Majesty passed away on September 8 at Balmoral Castle and revealed her time of death as 3.10pm. Source: Getty Images.

Following the release of Queen Elizabeth II’s official death certificate by the National Records of Scotland, it can now be revealed the late Monarch’s official cause of death was “old age”.

The longest reigning Monarch in British history passed away at the age of 96, on Thursday, September 8 triggering an outpouring of grief from across the globe.

Buckingham Palace announced her death in a statement after senior royals rushed to Balmoral following concern from the Queen’s doctors regarding her health earlier in the day.

The Monarch’s death certificate confirmed that Her Majesty passed away on September 8 at Balmoral Castle and revealed her time of death as 3.10pm local time, with Princess Anne listed as the official informant of her death.

The disclosure of the Queen’s death at 3.10pm seemingly confirms the speculation that Prince William, Prince Andrew, Prince Edward and Sophie, Countess of Wessex were unable to make it to the Queen’s bedside to say their final goodbyes.

The flight reported to be carrying the senior Royal Family members departed at approximately 2.30pm and touched down in Aberdeen just before 4.00pm with the group making it to Balmoral Castle after 5pm, meaning King Charles III and Princess Anne were the only family members by the Queen’s side when she passed away.

The Queen’s only daughter, Princess Anne, recently spoke of the cherished final moments with her mother after she revealed she was able to be beside her mother in Her Majesty’s final 24 hours of life.

“I was fortunate to share the last 24 hours of my dearest Mother’s life,” the Princess said.

“It has been an honour and a privilege to accompany her on her final journeys. Witnessing the love and respect shown by so many of these journeys has been both humbling and uplifting.

“We will all share unique memories. I offer my thanks to each and every one who shares our sense of loss. We may have been reminded how much of her presence and contribution to our national identity we took for granted.

“I am also so grateful for the support and understanding offered to my dear brother Charles as he accepts the added responsibilities of The Monarch.

“To my mother, The Queen, thank you.”

“I was fortunate to share the last 24 hours of my dearest Mother’s life. It has been an honour and a privilege to accompany her on her final journeys.

“Witnessing the love and respect shown by so many on these journeys has been both humbling and uplifting.”

The world joined the Royal Family to bid farewell to Queen Elizabeth II on Monday September 19 for her state funeral as hundreds of thousands lined the streets of London and a 2000 strong congregations made up of world leaders and dingitarios filled Westminster Abbey for the historic ceremony and say their final goodbyes.

Before the state funeral service began, the country’s first since Winston Churchill’s, a bell rang out 96 times to symbolise each year of Her Majesty’s life.

The Queen’s flag-draped coffin sat atop a gun carriage which was drawn by rope by 142 Royal Navy sailors before being taken by pallbearers into Westminster Abbey where presidents, prime ministers and dignitaries made up the 2000 strong congregation.

The funeral service featured a series of readings and hymns and as the ceremony concluded two minutes of silence was observed across the country before attendees sang God Save the King.

Following a procession through the streets of London the Queen’s coffin was taken to St George’s Chapel in Windsor Castle for a committal service where 800 guests were in attendance.

As the service drew to a close the sovereign’s crown, orb and sceptre were removed from the coffin in a symbolic separation of Queen Elizabeth from her crown for the last time.

As King Charles placed the Queen’s company camp flag on top of the coffin, Lord Chamberlain broke his wand of office before also placing it atop the coffin, marking the end of his service to the Queen before the coffin was lowered into the Royal Vault.

During a private family service, later in the evening, the coffins of the Queen and Prince Philip were moved from the vault to be buried together.