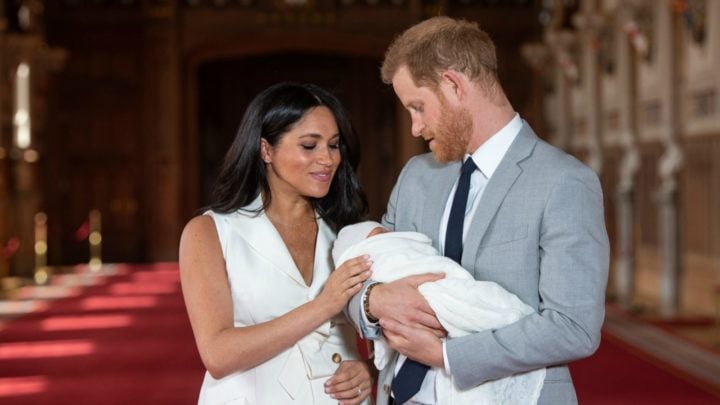 It has been one month since the Duke and Duchess of Sussex became parents, welcoming gorgeous baby Archie Harrison Mountbatten-Windsor into the world on May 6.

The young family have only been seen in public together once, with the newest member of royalty making his debut alongside his proud parents just days after his birth during a press call at Buckingham Palace.

While Meghan rests and spends her maternity leave with the couple’s first child, Prince Harry has been honouring a jam-packed schedule of official duties, with the couple also welcoming many visitors into their home to meet the new arrival. Now, one of the prince’s friends has opened up about the new dad’s parenting skills, describing Harry as an “amazing father”.

Speaking to People about the duke, professional polo player Nacho Figueras said Harry is overjoyed with the little bub, who arrived less than two weeks before his parents’ first wedding anniversary last month.

In the chat with the magazine Harry’s pal, who only recently visited Frogmore Cottage with his wife Delfina Blaquier, claimed it hasn’t taken long for the prince to settle into his parenting role.

“He seems to be really, really happy so I’m very happy and excited for him,” Figueras said.

“I’ve seen him interact with children for a very long time in all these things that we do in Africa so I’m not surprised he’s an amazing father.”

And while Archie is only three-weeks old, the sportsman said it wouldn’t surprise him if Archie ends up following in his dad’s footsteps by taking on polo when he grows up.

Figueras said he’d love for the youngest member of the royal family to try out the sport as he gets older, especially considering that his father, grandfather and great-grandfather all played.

His comments come just one week after another of Harry’s friends opened up about the royal’s new duties and how well he has adjusted to becoming a dad.

Speaking to People about the bond between Harry and Archie, chairman of Sentebale Johnny Hornby said he’s got the ‘new dad’ glow – something Figueras reportedly noticed during his recent visit to Windsor.

“Nacho met little Archie last week and said that the duke couldn’t take his eyes off of him – nor his hands,” Hornby explained to the news outlet. “The two of them are just in a state of sheer delight over this birth.”

Sharing details of his visit, as well as Harry’s role as a dad, Figueras added to People that the duke has “always had a great love for children”.

“The Duke is the kind of father I always imagined he would be,” he explained, adding: “The Duke is very happy with this stage of his life and I believe he is going to enjoy it very much.”

Are you a fan of Prince Harry? Do you remember how you felt after your children were born?