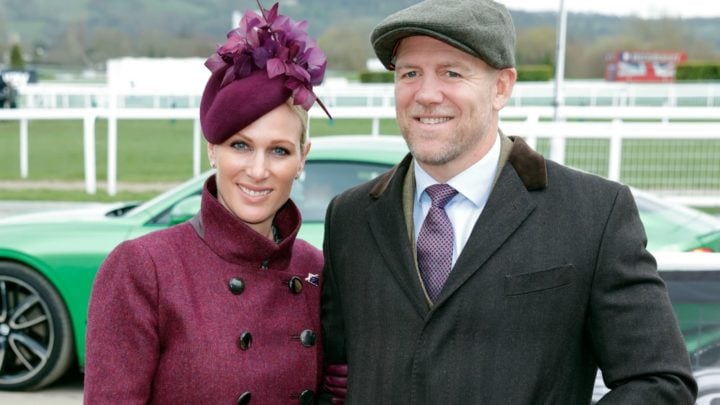 Zara and Mike Tindall tied the knot in 2011. Source: Getty.

Zara Tindall’s husband Mike has spoken candidly about his father’s Parkinson’s diagnosis ahead of a charity bike ride this weekend to raise money for the debilitating disease. The former rugby player will get on his bike this weekend to take part in the Raid Alpine for The Cure Parkinson’s Trust, which he is a patron of.

Speaking to the Daily Mail this week, Mike opened up about his dad’s condition and admitted that his father, Phillip Tindall, has deteriorated in the last few years. Parkinson’s disease is a disorder of the nervous system that affects movement. It causes trembling in the hands, arms, legs, jaw and face.

“My dad has had Parkinson’s for the past 17 years,” he told the publication. “Over the last few years, I’ve really seen him deteriorate.”

Mike said it’s been especially hard for him to see Phillip’s condition worsen since it was his father, once captain of Otley rugby club in Gloucestershire, who inspired his love and passion for the game. “It’s about other sons and daughters not having to see their dad go through what I’ve seen mine go through,” he said.

It’s not the first time the father-of-two has opened up about his dad’s condition. Appearing on Good Morning Britain in April last year, Mike said: “[He’s] deteriorated. He had a really bad year last year. He was sitting at 12 stone [76 kilograms] and over 12 months… he went down to eight stone one. All that strength’s taken out of him.”

Mike added that it made it difficult for his dad to spend time with his two granddaughters, Mia and Lena. “He taught me to play rugby, he taught me to tackle,” Mike said. “He’s still that guy who wants to be playing with Mia and Lena but he needs to question how far he can go with it because he’s not the same.”

It comes just a few weeks after Mike and Zara dressed up at home for the prestigious horse racing event Royal Ascot. Zara, who is the only daughter of Princess Anne, looked sensational in an all-blue ensemble as she posed alongside her husband on the grounds of their home on the sprawling Gatcombe estate, where the Princess Royal also resides. While Mike looked extremely dapper in a grey three-piece suit with tails, which he paired with a pale blue shirt, bright blue tie and a top hat.

Do you know someone living with Parkinson's disease?