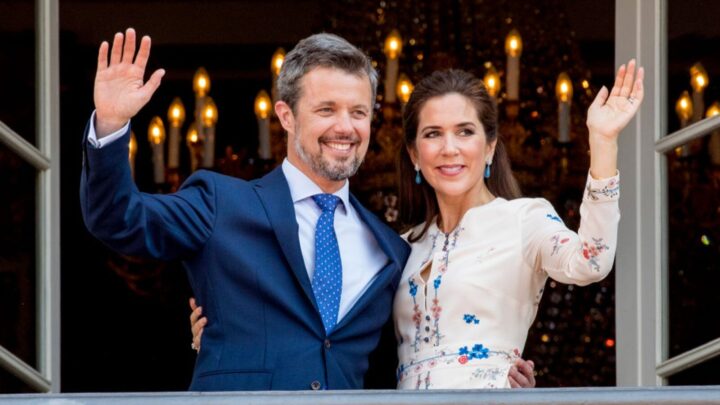 The last time Crown Prince Frederik and Crown Princess Mary were in Vietnam was in 2011. Source: Getty

Beloved royal couple Crown Princess Mary and Crown Prince Frederik have got royal fans bursting with emotion after the couple shared a romantic snapshot together in Vietnam.

The Danish Royals arrived in Vietnam on Tuesday, November 1, for a diplomatic visit meant to strengthen the ties between the two countries.

But before the couple got down to serious business, they took a moment to pose for a sweet shot outside the childhood home of Frederik’s father, Prince Henrik, in Hanoi.

“Tomorrow we start an official visit and green business promotion in Vietnam. But what better place to start here in Vietnam than at our father and father-in-law’s childhood home in Hanoi,” the couple captioned the photo.

“The Vietnamese culture and especially this city meant so incredibly much to him throughout his life, and it was a great experience for both him, the Queen and us when he was able to show off the beautiful yellow house during his 2009 state visit.

“Now we stand here again and he will be in our thoughts for the coming days. It’s a pleasure to be back, in Vietnam”

In the shot, Frederik and Mary stand side-by-side with their arms wrapped around one another.

Frederik stands tall and proud as he poses next to his wife, who slightly leans onto her husband as she flashes her lovely smile to the camera.

Fans of the royal couple immediately flocked to the comment section to leave words of adoration.

“You are so completely beautiful and loving – inside/outside,” one user wrote.

“You guys are super cute together. A nice-looking royal couple. Hugs,” commented another.

“We are lucky in Denmark to have a great team in the Crown Prince couple representing our little duck pond,” wrote a third.

This isn’t the first time the royal couple have left the public feeling giddy. Earlier in September, Princess Mary and Prince Frederik were taped in complete adoration of each other as they took to the dance floor together during a royal event at Christiansborg Castle.

In scenes reminiscent of a fairytale romance, the couple were all smiles as Mary was twirled around by her dance partner before reaching a hand out for her husband, who proceeded to twirl her around once more.

Frederik and Mary’s love story is no doubt one for the books, with Mary doing a wonderful job establishing herself in the royal family and immersing herself in Danish culture.

Despite becoming the Princess of Denmark, Mary’s connection to her Australian roots has not faltered.

In late October, the Princess officially brought Australia to Denmark as the royal welcomed some of her homeland’s most recognised animals to Copenhagen.