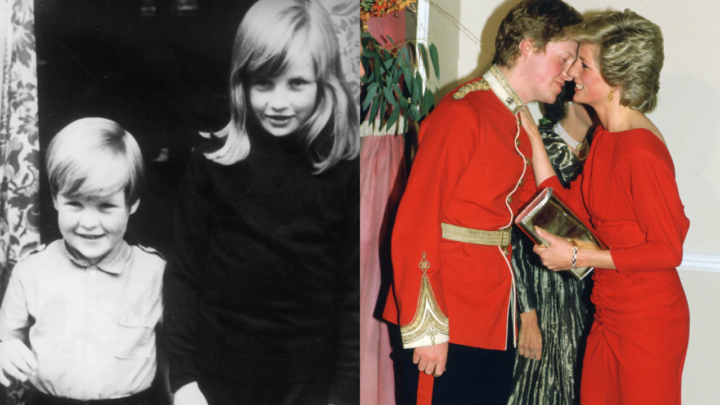 It has been 24 years since Diana, Princess of Wales died in a car accident in Paris, France, and her younger brother Earl Spencer marked the occasion on Tuesday in a very poignant way.

The 57-year-old took to his personal social media accounts to share a photograph of the Spencer flag at half-mast at Althorp House, the family’s estate. The earl didn’t caption the sombre image.

Many people commented on the post and offered their condolences to the family, while others reminisced about Princess Diana’s warmth and loving nature. One user wrote: “Thinking of you all today. Our beautiful princess, never forgotten, eternally loved and cherished.”

Another commented: “So much love, it was infectious. How the world needs that feminine healing love now. May she rest in peace.”

While another wrote: “Will never forget this day and your beautiful, kind sister.”

Meanwhile, on the family estate’s official Instagram account an image of trees at sunset was posted to honour the People’s Princess. Althorp House, which was built in 1508, is where Diana grew up, and is currently the home of Diana’s brother and his family, as well as the mother-of-two’s final resting place.

“Coming into the Park, through the West Lodge, off the small country road, there is a wonderful avenue of trees which lines the drive from the West Gate to the Stable Block,” the caption read.

“These trees are English oak, some of which are over 200 years old. In 1998-1999 Earl Spencer arranged for the planting of a new avenue of oak trees in memory of his sister, Diana, Princess of Wales. There are 36 of these oaks, one for each year of her life.”

In honour of the late royal’s death anniversary, fans have also been given access to the new Diana statue at Kensington Palace. The stunning artwork, cast in bronze, shows Diana surrounded by three children — none of which are William or Harry, much to the disappoint of royal fans. The statue was sculpted by Ian Rank-Broadley and sits in the sunken gardens of Kensington Palace, reportedly one of Diana’s favourite spots.

At the time of the statue’s unveiling back in July, Prince William and Prince Harry said: “Today, on what would have been our Mother’s 60th birthday, we remember her love, strength and character – qualities that made her a force for good around the world, changing countless lives for the better.

“Every day, we wish she were still with us, and our hope is that this statue will be seen forever as a symbol of her life and her legacy.

“Thank you to Ian Rank-Broadley, Pip Morrison and their teams for their outstanding work, to the friends and donors who helped make this happen, and to all those around the world who keep our mother’s memory alive.”

Do you remember where you were when you heard the news of Diana's death?