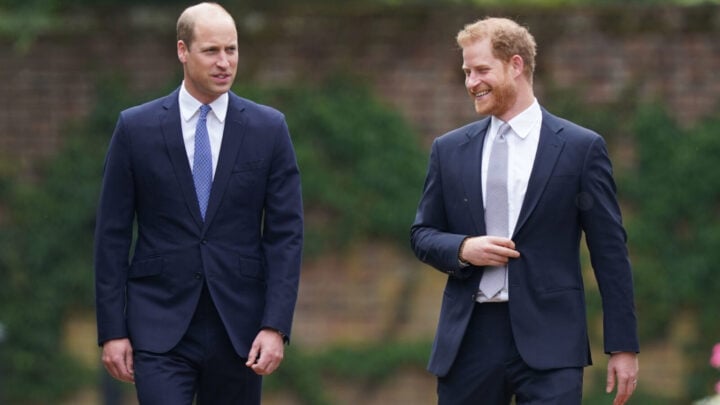 William and Harry have come together for the unveiling of their late mother's statue. Source: Getty

Prince William and Prince Harry joined forces on Thursday to unveil a new memorial statue of their late mother Diana, Princess of Wales, on what would have been her 60th birthday, however there was one detail about the artwork that left many royal fans confused.

The stunning artwork, cast in bronze, shows Diana surrounded by three children — none of which are William or Harry, much to the disappoint of royal fans. The statue was sculpted by Ian Rank-Broadley and sits in the sunken gardens of Kensington Palace, reportedly one of Diana’s favourite spots.

In a joint tribute, the brothers said: “Today, on what would have been our Mother’s 60th birthday, we remember her love, strength and character – qualities that made her a force for good around the world, changing countless lives for the better.

“Every day, we wish she were still with us, and our hope is that this statue will be seen forever as a symbol of her life and her legacy.

“Thank you to Ian Rank-Broadley, Pip Morrison and their teams for their outstanding work, to the friends and donors who helped make this happen, and to all those around the world who keep our mother’s memory alive.”

It was the first time William and Harry have been together since the funeral of Prince Philip, the Duke of Edinburgh, in April.

It didn’t take long before people started questioning why William and Harry weren’t depicted instead, with Twitter user @TheOriginalTuck writing: “The new Diana statue well, I’m not impressed, them kids look nothing like William & Harry.”

Meanwhile, @kbag1985 added: “Why does the Diana statue have 3 random kids on it & not her own 2 sons?” And @WorldWarShemII tweeted: “I would’ve really liked if Diana’s statue included her own kids.”

Others thought it was “kinda weird”, with @geake commenting: “Anyone else think it’s kinda weird that Diana’s statue has her holding other people’s kids?”

However, according to a statement shared by Kensington Palace, the children represent the “universality and generational impact” of the late Diana’s work.

The statement added that Diana “gained confidence in her role as an ambassador for humanitarian causes” and that the statue “aims to convey her character and compassion”.

What do you think of the statue?