Another baby on the way? Psychic reveals what 2020 has in store for the royals 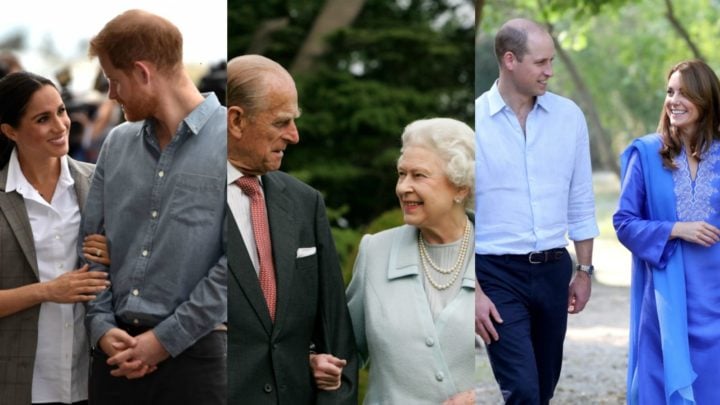 These royal couples will have a busy year ahead. Source: Getty.

It has already been a rather busy year for the royal family, with Prince Harry and Meghan taking a step back from their duties to establish a new life for themselves in Canada, but according to a leading psychic, things show no sign of slowing down for the firm throughout the rest of 2020.

Speaking to Starts at 60, psychic channel Rose Smith made some shocking predictions about the future of the monarchy using her intuition as well as the deviation known as numerology. Out of all of the ways to conjure predictions, Rose says she finds numerology to be one of the most accurate in providing a sense of control over your life.

“Numerology of the year is like the background noise of your life,” Rose says. “If your life was a big jigsaw puzzle and in the foreground it was yourself and in the background you have all the other energies that are going on behind you. It influences the whole picture.”

Numerology essentially involves adding up each number continuously until you get to a single figure from one to nine. For instance, the year 2020 added together is a four year which Rose says is all about structure and conservatism.

“It’s not a year to take risks. It’s a year to consolidate what you already have. If you’re going into a new business or investing – we should always be careful but particularly this year because the energy of a four is all about building on a solid foundation.”

This can also be done with words, in particular someone’s name, by adding up the correlating number of each letter. To get a better understanding of who the royal family is behind the castle walls, Rose used numerology to read their inner workings.

The Queen and Prince Phillip

The Queen’s name is linked to the number three which is all about communications. Rose says that although she tends to have the stiff upper lip when facing the public, she predicts she is a fantastic communicator to those around her.

Meanwhile, her birthday is a seven which is very spiritual according to Rose, who adds that this is a very difficult number to have as it makes her extremely self-reflective.

“She’s in a bit of a bind here because she’s got this three of communication in her name and she’s got this seven of self-reflection,” she says. “Her focus is on finding out inner questions. She’ll look into herself and do what her morals and intuition tell her. Although she listens to other people, she’ll listen to herself more.”

Rose says 2020 will provide the Queen with the freedom she deserves from the constrictions of royal duties as she steps back from the monarchy to take some time for herself. On the other end of the spectrum however, Rose sees a prosperous year full of new and exciting opportunities in store for Prince Phillip, however warns he should be weary of his fragile health.

“I don’t think he’s going anywhere this year and I do feel like he’s doing things and he’s still active. He’s still got things he’s interested in and he’s still got opportunities and new adventures. But he’s got to be really, really careful about things like flus and pneumonia. There’s definitely blocked energy in his chest, I can feel it.”

The Duke and Duchess of Sussex

Meghan Markle’s name adds up to a two which is linked to her desire for companionship and highlights the way in which she prioritises the relationships in her life.

“She’s not the kind of person who wants to be alone, she does want to be married,” Rose says. “Her fundamental essence is to be with another person who is the right one for her because that will bring out the most of her potential to the world.”

As for being a four regarding her birth date, Rose says this makes her organised, structured and not afraid to get the job done. She adds that even though her family is always her top priority, she will succeed in accomplishing a lot this year as she builds her new world.

Leaning more into her psychic intuitions, Rose predicts Harry and Meghan’s year shows no signs of quietening down with the possibility of a new baby in store for 2020 who she describes as a “daddy’s girl”.

“The second child will be coming soon,” Rose says. “I think this is a girl but the girl is like a boy in some way. Maybe very bold, very forthright, doesn’t take criticism, won’t put up with rubbish, outspoken, direct and the opposite of her brother.”

Speaking of Archie, Rose says the young boy is destined for great things in his future as he grows to be quite sensitive and is likely to delve into the creative industries as a musician or artist of some sort.

The Duke and Duchess of Cambridge

Surprisingly, Rose predicts the future of the crown will not stay in the hands of the Queen for much longer. Rather, she strongly believes it will trickle down to William sooner rather than later.

“I got the idea psychically last year that she [The Queen] is handing the crown down. It’s in the next couple of years, and I’m not sure it’s going to Charles. It could go to William, if it goes to Charles, it won’t be for very long. William is the one that’s supposed to have it and he’ll have it a long time.”

She also sees restriction and quietness following William and Kate this year and says they’ll be prepared to take their duties very seriously in light of the void left by the absence of the Sussexes.