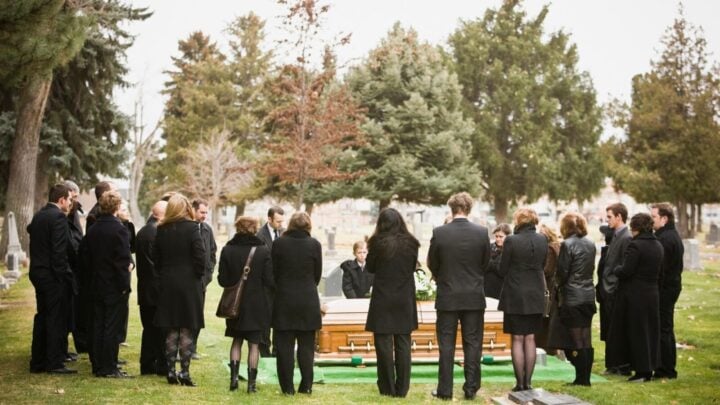 The family had no clue that the man they were burying was actually a complete stranger. Source: Getty.

Although it seems like an impossible mistake, one family in the United Kingdom were left distraught after a mix-up at a funeral home saw them unknowingly bury a complete stranger rather than their deceased relative.

During a funeral service, held on July 6 at St Mary’s Church in Rockcliffe near Carlisle, the wrong elderly man was mistakenly buried, according to local newspaper The News and Star. Attendees at the funeral had no clue that the body in the coffin was actually that of another man, who was not known to the mourners.

Following the blunder, the buried man then had to be exhumed nine days after the mistake on July 15. He was originally scheduled to be cremated on July 13 but, due to the mix-up it, he cremation was carried out a week later on July 20. Meanwhile, the man who should’ve been buried at the initial funeral service was interred in the correct grave on the day of the exhumation.

Authorities have now launched an investigation to uncover where it all went wrong which will include speaking to the mortuary staff and eventually sharing the results with the family. Meanwhile, a spokeswoman for the funeral director in charge of orchestrating the service said their sympathies went out to the families involved.

“Our family have been funeral directors for more than 150 years and nothing like this has happened before,” she said. “Clearly, something has gone terribly wrong. We handed in paperwork for the man whose body we believed we were collecting. There are protocols to ensure we have who we think we have. We didn’t realise we had another person’s body. We feel for the families.”

This isn’t the first time a funeral has been interrupted by a shocking mistake. Last year, a funeral service in Germany was interrupted when guests were accidentally served hash cake as they gathered at a restaurant for coffee and cakes following the burial.

The mix-up saw 13 people suffer symptoms from the drug-laced brownies and eventually requiring medical treatment. It was found that the staff member in charge of organising the food had her 18-year-old daughter make the brownies. She made two batches, one for the funeral and one for her own personal reasons, in which the mother then took the wrong batch for the service.

What would you do in this situation?