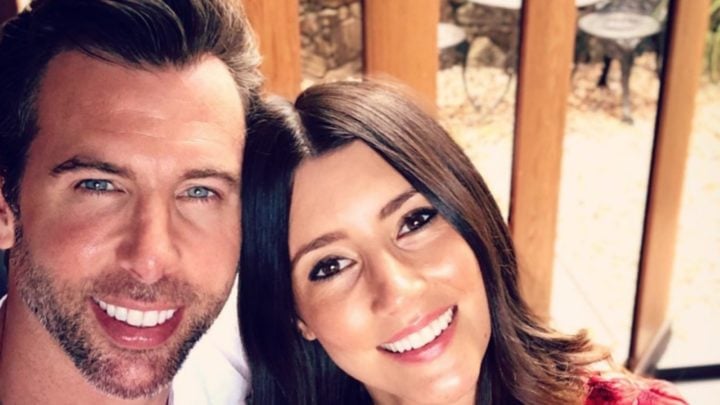 The 39-year-old exclusively told the Daily Telegraph they are 14 weeks pregnant and he couldn’t be happier with the news, which comes following a tough few years for the swimmer.

While he already has nine-year-old twins Charlize and Jagger from his first marriage, this will be his first child with new girlfriend Fletcher – who sadly suffered a miscarriage in March after they first began trying for a baby together.

“I felt I was going to hit 40 and I wanted another opportunity as a dad,” he told the news outlet, adding: “The trouble with being divorced is you’re a father part-time. I hate that.

“I knew I wanted more children but only with a committed person who was going to be a life partner.”

And Hackett revealed his girlfriend, who he met on the Gold Coast in 2015, and began dating in August last year, has been a “calming influence” on him following a series of public scandals.

Loved having a bit of R&R with my gorgeous @sharlenefletcher_ at our second home @gaiaretreat 🙏 It’s been a hectic start to the year and full of plenty of surprises! Nice to get some time in the gym with such a spectacular view combined with evening walks #grateful #gymwithaview #healthyliving #rest&recovery #amazingfood #amazingstaff #lifeisgood #mountains #sunsets

The swimmer was arrested in 2017 after an altercation with his family at their Mermaid Waters home, before going into hiding.

It sparked a manhunt for him at the time, after his father issued a plea for the public to report sightings of his son, after he failed to attend appointments or return phone calls.

Read more: Grant Hackett breaks his silence on ‘toughest week of my life’

Breaking his silence shortly afterwards, Hackett said in a statement at the time: “I want to thank my family, in particularly my mum and dad for helping me through the toughest week of my life… They have been amazing and have now stood by me through thick and think – I can’t say enough about them – I could not wish for better parents.”

After attending rehab the same year, Hackett has transformed his life and is now CEO of Generation Life, a life insurance and financial advice company.

Read more: Grant Hackett ‘alive and sober’ but in hiding after days of drama

He has now told the Daily Telegraph while he continues to work out several times a week, swimming is now just a hobby for him as he focuses on being a dad again.

Do you have a message for Grant Hackett? How old were you when you had children?