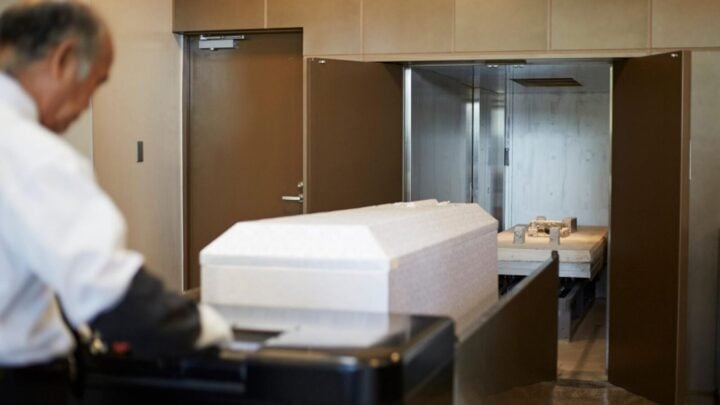 The woman was declared dead before staff realised she was actually breathing. Source: Getty.

A shocking mix up has occurred in a funeral home in Detroit, United States when a young woman was discovered to be alive and breathing after she was officially declared dead earlier in the day.

The Southfield fire department who were called to the scene said paramedics tried to revive the 20-year-old woman for 30 minutes on Sunday morning. In an official statement, the department said that given medical readings and the condition of the patient, it was determined at the time that she did not have signs of life.

“A local emergency department physician pronounced the patient deceased based upon medical information provided by the Southfield Fire Department at the scene,” the statement read. “After which, the Southfield Police Department contacted the Oakland County Medical Examiner’s Office to notify them of the findings and the on-duty forensic pathologist released the body to the family.”

Once declared dead and handed directly to the family, the body was sent to the James H. Cole funeral home, and it was there that the startling discovery was made. The woman was actually alive.

Staff at the funeral home then confirmed she was still breathing and called a Detroit emergency medical crew to the scene. WDIV-TV reported that the woman was then taken to hospital to be treated. No other personal information on the woman including the location, identity or current condition is being released in respect to the privacy of her family.

According to Southfield Fire, “there was no indication of foul play” and the department assured that the emergency workers who responded to the scene followed standard operating procedures.

Although shocking, it’s not the first time a mix up to this severity has occurred with just last week news broke of a funeral home in the United Kingdom that copped backlash for accidentally burying the wrong body. The grieving family wasn’t aware at the funeral that the body inside of the coffin was actually a complete stranger and not the man they were actually mourning.

The elderly man that was buried that day was another pensioner from the area who was just one year younger than the man who was supposed to be in the coffin. The mistake was only realised the next day by which it took nine extra days to then exhume the man and cremate him following his initial wishes.

What do you think about this mistake?