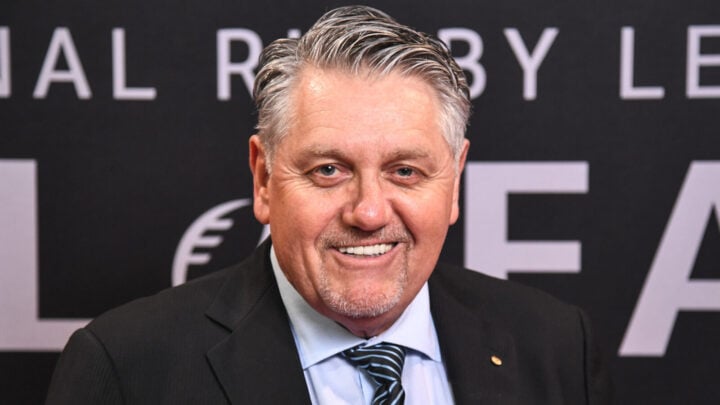 Hadley went on to admit he had experienced his own shock melanoma cancer scare just recently. Source: Getty

On a recent episode of The Ray Hadley Morning Show, Hadley himself opened up about his recent shock cancer scare and how the eye-opening experience only further affirmed his views on men’s health.

During the episode, Hadley admitted he was a fierce advocate for men’s health, regularly urging his audiences to bite the bullet and get checked.

“I constantly bleed on here particularly with the blokes about men’s health and getting regular check-ups and making sure that you talk to your  GP and it’s about heart health, it’s about skin checks and I’ve illustrated I do it once a year and go and see my doctor about my skin”, Hadley revealed.

“He checks me, does a a bit of a look all, top to toe…make sure things haven’t changed and then explains to me I should take a photograph and other different things.”

Hadley went on to admit he had experienced his own shock skin cancer scare only recently.

“I noticed a lesion on my lower leg and I looked at it looked like just a small little bump there and you know, I didn’t take too much notice of it,” Hadley said.

“Then, it seemed to grow and get worse…so I’d knock it, and it would start to bleed a bit so I ended up putting bandaids over it and things like that.

“One morning, after I’d spent all this time telling people what they should do, my wife said to me, what’s that on your leg? And I said, ‘Ah, it’s just something, I knocked it somewhere, I don’t know what it is’ and she said ‘No, it doesn’t like nice, go and see the GP’.”

Hadley explained the doctor he saw strongly recommended he get the lesion checked, which is what he did.

Thankfully, Hadley was told the lesion was not melanoma and was instead a BCC, which stands for Basal Cell Carcinoma, a type of skin cancer that can be effectively treated when found early.

Hadley admitted the experience had played “on the back of his mind” as he awaited test results, and urged Australians to get checked if they noticed any unusual body and skin changes.

Melanoma is the third most common cancer in Australians and accounts for around 80% of all newly diagnosed cancers among Australians.

It’s important to become familiar with the look of your skin and remain vigilant to any changes. The sooner a skin cancer can be identified the greater the chance of avoiding surgery to remove it.

Queensland Cancer Council‘s Cancer Support and Information General Manager, Gemma Lock, said that when it comes to preventing skin cancer the public should be “checking their skin regularly and becoming familiar with what is normal for them”.

“Skin cancers rarely hurt and are more frequently seen than felt. Things to look out for include, new moles, freckles or lumps, or any changes to existing spots including changes in size, shape or colour as well as any spots with sores that don’t heal over four to six weeks,” she said.

Do you get regular skin checks?