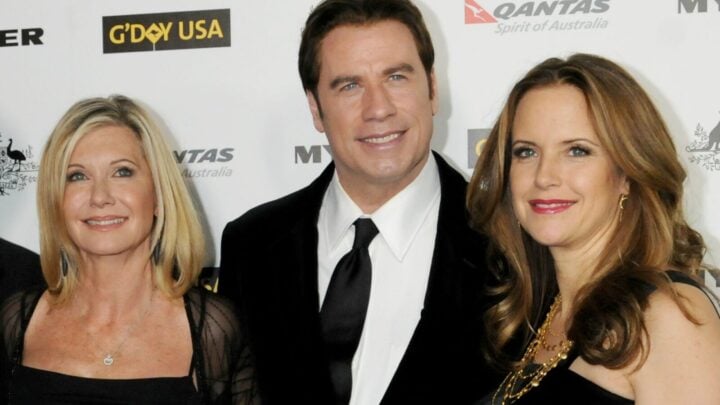 Kelly Preston passed away at the age of 57 following a two-year battle with breast cancer. Source: Getty.

Olivia Newton-John has paid tribute to John Travolta’s late wife Kelly Preston, who died in July this year aged just 57, revealing “she was a beautiful human”.

In an interview with ET Canada, the Australia actress, 72, who’s been battling stage four breast cancer since 2017, said: “John and Kelly chose to keep her illness secret and private and so I want to honour that and just say that they’re dear friends and she was a beautiful human.”

Olivia continued: “I’ve lost way too many friends to cancer and you know I’m on that journey myself so I’m really powerfully driven to find kinder answers for treatments for cancer, prevention and treatments.”

The actress also opened up about her ongoing friendship with her Grease co-star, saying: “[John]’s a dear friend and he always will be.

“We formed great bonds making that film as you can imagine and it’s always amazing to me that every… It’s 40 years now and every 10 years I thought… It’s going to fade away now but it just gets bigger and bigger and it seems to find a younger audience all the time it’s really quite amazing.”

Kelly passed away at the age of 57 following a two-year battle with breast cancer. At the time, Olivia took to social media to pay her respects, writing: “@therealkellypreston was a radiant, warm and gentle spirit — a loving, devoted wife, mother and sweet friend. My heart breaks for John, Ella and Ben. No words can express my sorrow for her family. Kelly’s light shines on in her beautiful children.”

The cause of Sam’s death has not yet been revealed, however an obituary was shared online last month. “Samuel A. Travolta, 52, of Mount Horeb, WI died on Wednesday, September 23, 2020 at home,” it read. “Cremation Society of Wisconsin, Altoona is assisting the family.”

Sam, like his uncle, was born in Englewood, New Jersey, and was the son of John’s oldest brother Sam Travolta Sr.

Have you lost a loved one to breast cancer?