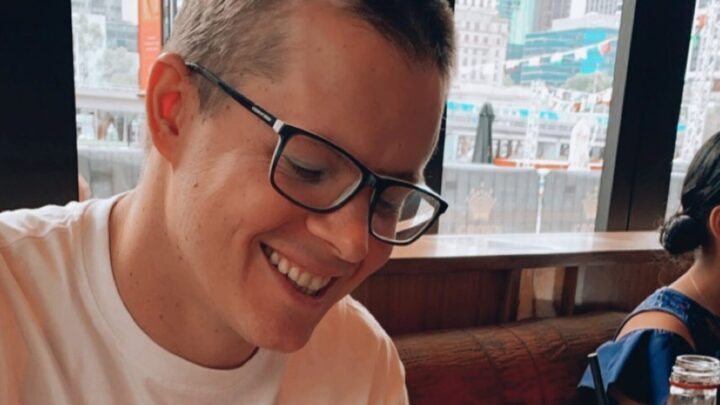 Former Home and Away heartthrob Johnny Ruffo has taken a moment to hop on social media to remind his fans that he is still all smiles and “powering through” his battle with brain cancer.

Despite recently sharing his terminal cancer diagnosis, the 34-year-old actor still has still managed to maintain his positive, upbeat personality throughout his difficult journey.

As Ruffo undergoes another round of chemotherapy treatment, the young entertainer took to Instagram to give fans a brief update on how he’s been managing.

In the photo, Ruffo flashes his signature grin to the camera while he sits on a reclining hospital chair.

“Powering through another round of chemo #fuckcancer,” he captioned the shot.

Since sharing the update, Ruffo’s post has received an outpouring of support from his fans.

“Legend. Love how positive you are… Virtual hugs & a truck load of support to you,” one fan wrote.

“As a survivor x2 it’s about the mental anguish that you fight daily when you are doing this for so long … you’re so much stronger than you believe… even when you want to give up honey just keep going …keep fighting that bloody fight.”

“Just had a couple of weeks rest after radiation therapy on my brain, and today bloodwork check-up, and back to my chair for more chemo myself… #fuckcancer#wewillkickitsbehind ! You are a huge inspiration in my battle… Thank You.”

Despite seemingly making peace with his terminal diagnosis, the beloved Australian has previously shared that he fears the thought that his loved ones won’t be given the chance to “say goodbye”.

Ruffo said he hadn’t given up hope and will continue to fight cancer as he faces more rounds of chemotherapy.

Ruffo isn’t letting his chemotherapy slow him down either as he is currently partnering with Starlight Children’s Foundation to spread Christmas cheer to seriously ill children.

“It brings such joy to me. It’s a privilege to be able to know that you are helping them forget about everything that they’re going through,” Ruffo told 9Honey.

“I feel like I get as much out of it as the kids. It’s quite cathartic for me to be able to bring joy to these children who are somewhat in a similar position.”

He is also working alongside Amazon Australia to spread more festive joy as the tech giant launches its yearly Top 100 Toy List.

“It’s about the children, and the joy that it brings to them is priceless. You can’t beat that; seeing them smile, seeing how happy they are,” Ruffo says.

“And I’m as lucky as the kids are because I get to have a laugh, and smile, and enjoy it all as much as they do.”